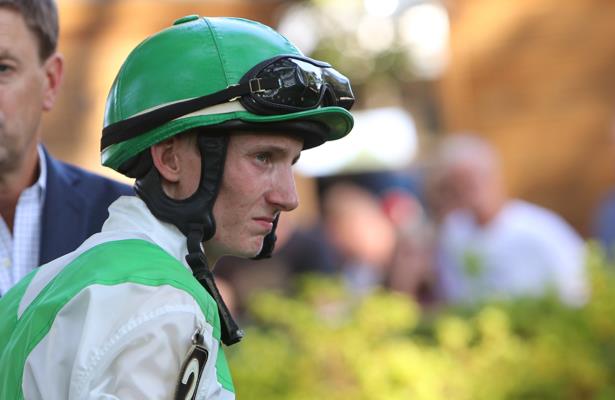 Trevor McCarthy has endured his share of job-related injuries over the course of a 10-year riding career that has seen him win more than 1,500 races, four overall Maryland championships and 12 individual meet titles.

His latest setback came courtesy of a bout with coronavirus amid the ongoing pandemic that paused live racing in Maryland for 2 1/2 months until May 30 and caused the early Aug. 14 closure of the Colonial Downs meet, where McCarthy was leading rider.

Back at full health and eager to return to riding, the 26-year-old McCarthy is named in six of nine races when live racing resumes at Laurel Park Thursday, Aug. 27. It will be his first action since going winless with two mounts Aug. 5 at Colonial.

McCarthy has ridden just 11 of the first 33 days of Laurel’s extended summer meet and just once since June 27 — on July 17 — having spent most of the summer at Monmouth Park and Colonial. He still ranks eighth in the standings in wins (15) and purses earned ($443,151).

“I’ve been back working out on my bicycle and back on my Equicizer, getting ready to gear up and get back to the races. We’re looking forward to it,” said McCarthy, who is engaged to fellow rider Katie Davis. “We’ve been trapped in the house for [two weeks] and it’s been something else. We’re excited to get back.”

McCarthy said he first began feeling ill Aug. 8, enough to cancel his morning workout and evening riding assignments the following day at Colonial and urge Davis to do the same.

“I woke up in the middle of the night and I felt terrible,” McCarthy said. “I said to Katie, ‘We’re not going anywhere.’ She said, ‘What do you mean?’ and I said, ‘I feel terrible. I feel like I’m really, really sick.’

“She kind of looked at me like ‘are you serious,’ and I was like, ‘We’re not leaving the house,’ ” he added. “We were just very cautious and right then and there I made the decision. I was just thinking more about everybody else than myself at that time. It was the right move, and Katie couldn’t go as well because she’s been around me even though she didn’t have any symptoms. It wouldn’t be smart to have had her go without me.”

McCarthy said he experienced symptoms over the next 48 hours that felt like a severe flu and kept him housebound until he was able to get checked out Aug. 11. It was then that his worst fear was confirmed.

“I was sick for like two days. More like flu — fever, headache, I had the chills, a runny nose. Finally the third day I felt so much better so I went and got tested, and that’s when I found out I was positive,” McCarthy said. “Katie was negative, so it was really strange that day. We just went back home and I did my quarantining. It was only about five days total that I felt really bad. I lost my taste and smell for one day. Two days were really strong and then the three days after that were like a small cold I was just kind of getting over.”

Having heard and read stories about COVID-19 cases where people experienced extreme symptoms, McCarthy said he didn’t expect to get a positive result for the virus.

“I went into the test kind of confident that I wasn’t going to have it because I kind of whacked this thing out in two days and I was feeling so much better on the third day. Hearing from everybody else, it’s a week-long drag where you’re really sick,” McCarthy said. “So, when I knocked it out in two days I thought it was just a bug or a small virus or flu. They ended up testing me for the flu as well, and I was negative, and I was positive for the coronavirus. It was really weird and I guess it just hits people differently.

“After those five, six days I was fine. It was weird,” he added. “Katie eventually showed a little bit of symptoms, nothing as severe as mine, just stuffy nose and she lost her taste and smell. But she wasn’t anywhere close to how sick I got. It was strange.”

McCarthy credited his career and active lifestyle with helping to curtail the most serious symptoms of coronavirus as well as lessen its duration.

“I think it has a lot to do with being an athlete, being young, being in good shape, and having a healthy diet. When I had symptoms, our local farmer’s market delivered groceries to our house. We just kept eating our strong diet, all natural foods and trying to give ourselves the best nutrition and keep our immune systems up,” he said. “I drank a lot of Pedialyte, hot tea, lots of water and kept on my diet. After five or six days, I was back to normal.”

All jockeys coming from the Colonial meet, including other Maryland regulars such as Davis, Forest Boyce and Jorge Ruiz, are required to serve a 14-day quarantine period from Aug. 13 and have a negative COVID-19 test taken within 72 hours in hand to return to ride at Laurel, with Aug. 27 being the first eligible day. McCarthy said he is scheduled to be re-tested Aug. 24.

“I haven’t had any symptoms lately,” he said. “It’s just a part of what’s going on in this world right now. I’ve got to follow the rules and that’s it. There’s not much more we can do.”

McCarthy is excited about the upcoming calendar in Maryland. Laurel is scheduled to host nine $100,000 stakes over Labor Day weekend, including the Federico Tesio for 3-year-olds and Weber City Miss for 3-year-old fillies Sept. 7. Both races are automatic qualifiers for the Preakness and Black-Eyed Susan (G2), respectively, rescheduled for Oct. 3 at Pimlico Race Course.

“It should be a real exciting fall meet. It’s going to be great,” McCarthy said. “It seems like they’re going to have a nice weekend the first part of September and then you’re always looking forward to Preakness time and Maryland Million time as well. It should be a fun fall meet.”