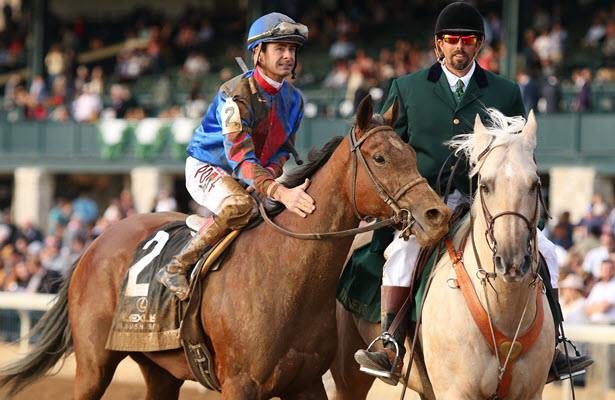 The La Brea Stakes (G1) at Santa Anita in late December could be the next thing on the docket for Bell’s the One and First Star, the top two finishers in Saturday’s Lexus Raven Run (G2) at Keeneland.

“We will wait and see (on the La Brea),” Pessin said. “The plan all along after the Acorn in June was the Raven Run. We gave her time after the Acorn. She will go to Fair Grounds next Sunday, and we’ve got a couple weeks (to consider a next start).”

Last early in the field of 10, Bell’s the One circled the field and drew off to a 1¼-length victory.

At the three-eighths (pole), I was pretty confident,” Pessin said. “I don’t usually scream during a race, but I did yesterday.”

Ellis confirmed by text that the La Brea is the next target for First Star.

Brereton Jones’ Indian Pride, who finished third as the favorite, as well as stablemate and fifth-place finisher Royal Charlotte, who is owned by First Row Partners and Parkland Thoroughbreds, came out of the race well, according to Whit Beckman, assistant to trainer Chad Brown.

“They will both get a break and probably be held out until next spring,” said Beckman, noting that the entire Brown string will leave Keeneland on Monday.

With seven victories, Brown leads the trainer standings by two with five racing days remaining in the meet that ends Saturday.