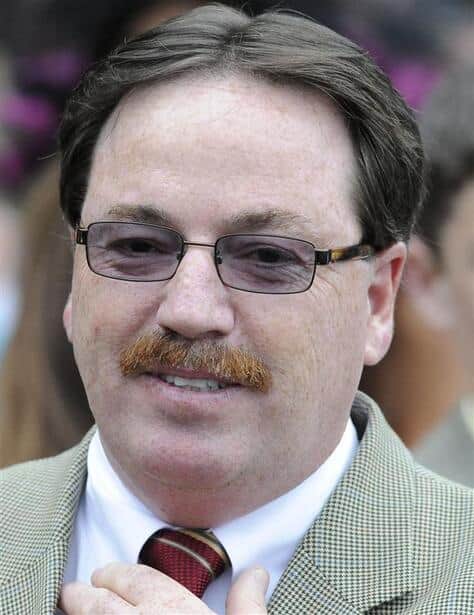 Mill House LLC’s Rattlesnake Bridge came with a furious stretch rally to wear down All of the Above by a nose in the $150,000 Long Branch Stakes, giving trainer Kiaran McLaughlin a record-tying fourth winner on the Saturday card at Monmouth Park.

“It was a great performance,” said McLaughlin.  “He stumbled a little coming out of the gate, and I actually thought he’d be a little further back with them going :22 3/5 for the first quarter.”

As for a return trip in three weeks for the $1 million Haskell Invitational, “We’ll talk it over, but we’d love to come back for the Haskell.”

Making just his fifth career start, Rattlesnake Bridge scored his second victory by taking the Long Branch.  The winner’s share of $90,000 moved his lifetime bankroll to $153,200.

In addition to earning an invite to the $1 million Haskell Invitational on July 31, Rattlesnake Bridge gave Kiaran McLaughlin his fourth victory on the card, tying four other conditioners that have accomplished the feat.  McLaughlin’s four-bagger started in the first race with Oflee Wicked ($13.40), then in the third with Call First ($10.60) and the eighth with Distant Sky ($7.20).  He joins J. Willard Thompson, Robert Klesaris, John Forbes and Bruce Alexander in winning four races on a single Monmouth Park card.

“We love Monmouth Park,” McLaughlin said.  “We love the Shore and Monmouth Park has always been a favorite.  To win four races in one day is great.”

“He’s an incredibly nice horse,” said winning jockey Channing Hill.  “I’ve been breezing him and he’s been breezing really well.  When we got to the eighth pole, I knew we were home because if someone was going to run us down, they were really going to have to be moving.”

The Battlefield win was the third in 19 starts for the Irish-bred Sayif, a 5-year-old colt by Kheleyf from the Rudimentary mare Sewards Folly.  He has now earned $344,931.