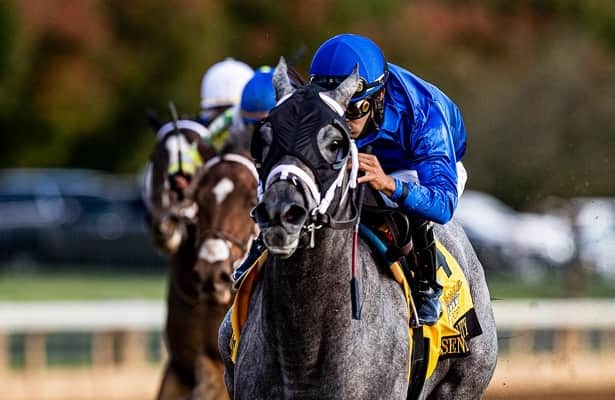 February has brought more harm than good to many prime contenders on the road to the 2021 Kentucky Derby. Luckily, the short month is quickly drawing to a close.

Essential Quality and Jackie's Warrior, the top 2-year-olds in 2020, were set to make their anticipated 3-year-old debuts in the Southwest Stakes (G3) at Oaklawn Park on Feb. 10.

Inclement weather forced the race to be postponed twice, first to Feb. 20 and now until Feb. 27.

It looks as though the pair of multiple Grade 1 winners will finally get an opportunity on Saturday to show whether they have matured since the Breeders' Cup Juvenile in November.

The delayed start to their campaigns has amplified the importance of their performances in the Southwest.

The timing of the Southwest has knocked another runner waiting to make his 3-year-old debut out of the race.

Keepmeinmind, who was third in the Breeders' Cup Juvenile before winning the Kentucky Jockey Club (G2) on Nov. 28, missed 11 days of training while Oaklawn was closed and now will await the Rebel on Mar. 13.

Saturday will be the first race day to have a major impact on HRN's Kentucky Derby Rankings since the Risen Star on Feb. 13.

Mandaloun rose to No. 2 in HRN's Rankings following his sharp victory at Fair Grounds that day.

In addition to the Southwest, Saturday will showcase many of Florida's top 3-year-olds in the Fountain of Youth (G2).

Holy Bull (G3) winner Greatest Honour, No. 4 in this week's ranks, will look to rise to the top of the class, while Fire At Will, No. 7, will be given an opportunity to prove he is as good on dirt as he is on turf.

The contender rankings are generated by user and staff ratings for top 3-year-olds. If the list is missing a horse you are watching, you may add that horse, rate it and watch it climb the ladder. Click here for more on HRN's Power Rankings and voting.

Below is a screen shot of the top 15 horses. Click here to see the list of the top 50 Kentucky Derby contenders as we run up to the 2021 edition. 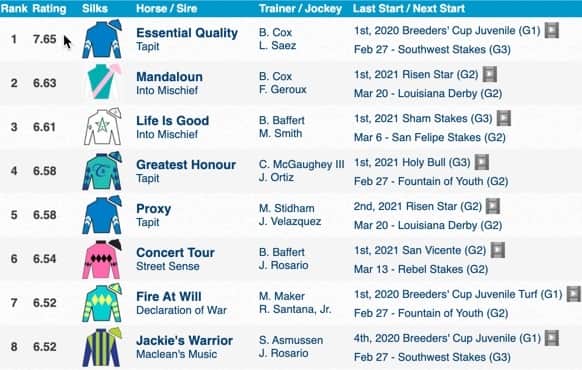 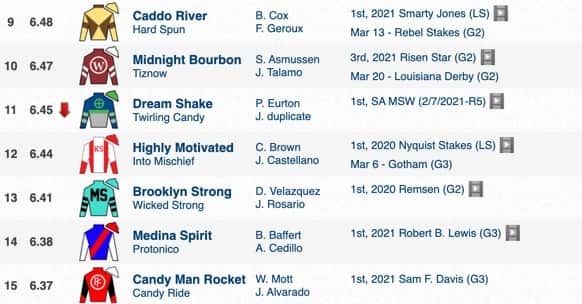