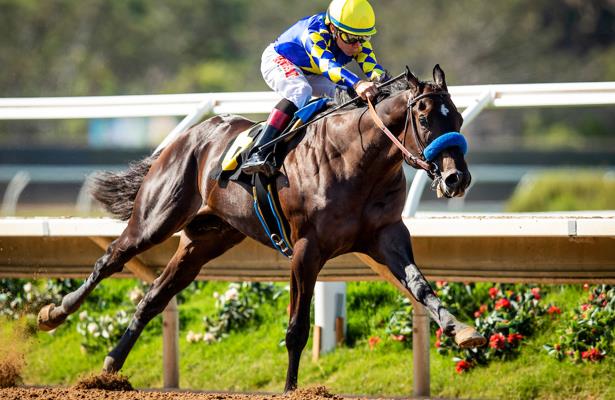 For how influential these races figures to be, consider last year's results. The Hopeful winner Mind Control has gone on to factor as a top sprinter, recently winning at the top level again, and Del Mar Futurity hero Game Winner went on to a 2-year-old championship.

For this year's contenders, hopes of the Breeders' Cup Juvenile and the 2020 Kentucky Derby trail are both viable with in-the-money finishes.

Both the Hopeful and Del Mar Fururity will air on TVG. Account holders for advanced deposit wagering services such as NYRABets can also live stream these springboard events for young horses.

What's left is a field of six, with half the contenders trained by Steve Asmussen. Gozilla, a maiden winner earlier in the meet, is the likely new favorite.

For your handicapping, check out free Hopeful Stakes past performances.

Trainer Bob Baffert, who conditioned Game Winner, has already won this race a record 14 times. This is where many of those Triple Crown hopefuls, including American Pharoah, first hit the radar.

Next in line is Eight Rings, a 6 1/4-length maiden winner. Last year, however, Game Winner was the "other" Baffert, upsetting Roadster. This time, Garth, who was defeated on debut, will be the second choice from the barn and perhaps second on the morning line.

"From a speed figure perspective, there is a good alternative in Ginobili, who is only three points behind Eight Rings with a 108 Timeform number in his maiden win," Macatangay wrote in his Del Mar Futurity analysis. "...With two Baffert-trained entries in this race, it will help keep the value reasonable on Ginobili, who is trained by Richard Baltas. In addition, the race also contains two Peter Miller runners and two from Doug O'Neill.

"Ginobili is 6-1 on the morning line. If that is accurate, he is a good value."

In forming your own opinion, consult the free Del Mar Futurity past performances.