Queen's Plate contender The Minkster is an Ontario success 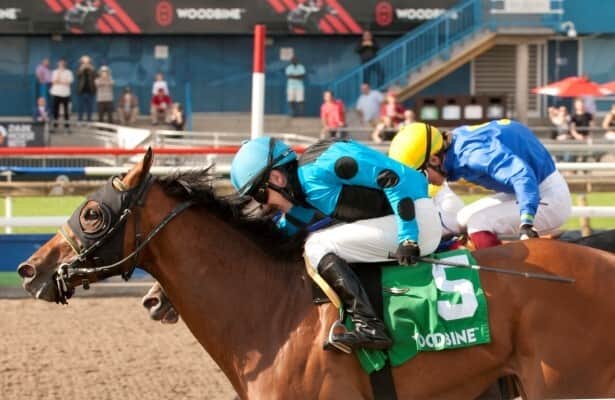 One of the more accomplished entrants in the 2022 Queen’s Plate, The Minkster has three wins at three different distances, 6 1/2 furlongs, 7 furlongs, and 1 1/8 of a mile. These victories reflect the philosophy Lindo Hyka employed when breeding Cabriole, The Minkster’s dam, to English Channel.

“I always love to breed milers and up, but I have seen lately that people like to have sprinters in their stables,” said Hyka. “So, I am trying to pick mares that have the sprint, and sires that can go a mile and up. Then I can have that in between.”

Hyka is partners with his brothers John and Tan, but he manages their breeding program which has had worldwide success. The Minkster has two full siblings, and while his brother and sister both made the races, the third time was the charm when it came to this mating.

“Since the day The Minkster was born, and until the he was sold, he was perfect,” said Hyka.

The Minkster sold for $39,853 as a yearling at the 2020 Canadian Thoroughbred Horse Society Sale, and since then, Hyka and his brothers have continued to benefit from Ontario Racing’s Thoroughbred Improvement Program Breeders Awards.

The highlight so far has been a $25,000 bonus for The Minkster winning the Coronation Futurity to cap his two-year-old campaign.

“We are so thankful of the support of the program in Ontario,” said Hyka. “I have been lucky collecting bonuses from Ontario Racing and hopefully it continues this way. I can’t say enough of a thank you, it’s such a good support to the breeders.”

The program offers a $50,000 reward to the breeder of the Queen’s Plate winner, another reason Hyka and his brother’s will be cheering The Minkster on in Canada’s biggest race.

“We are just lucky. (Danny Vella) is a good trainer, who has taken care of him and allowed the horse to step up,” said Hyka. “Danny is a special guy, and he got that yearling and has done a great job and will continue to do a great job with him.”