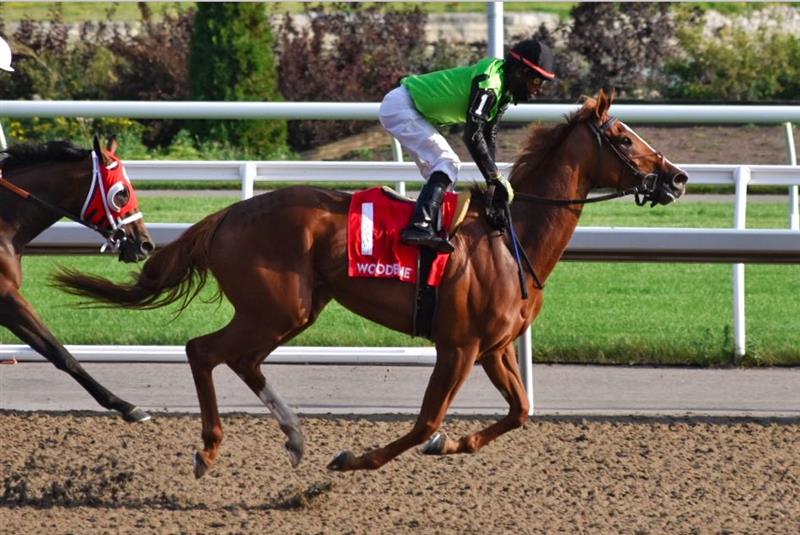 The two fillies facing a dozen males are serious contenders to maintain a recent trend in the Queen’s Plate on Saturday at Woodbine. Of the 160 previous runnings of Canada’s oldest thoroughbred race, 37 have been won by females, including two of the last three.

Although No. 12 Clayton may end up the favorite off his win last month in the Queen’s Plate Trial, No. 10 Curlin’s Voyage and No. 2 Merveilleux are expected to attract significant backing from bettors – not to mention the attention of experts who provided their predictions to HRN.

Fillies have been productive historically in the Queen’s Plate. This year both No. 2 Merveilleux (10-1) and No. 10 Curlin’s Voyage (5-2) are must-uses. They are on even terms, but Merveilleux offers more value. She has not missed the superfecta in seven Tapeta starts. She is working up a storm, and her form-cycle analysis indicates another move forward. Curlin’s Voyage has never missed the superfecta in nine lifetime starts. She just won a salty Woodbine Oaks with an eye-catching, mid-race move that was sustained to the wire. This is just her fourth start since December. My top long shots are No. 13 Mighty Heart (20-1) and No. 8 Olliemyboy. Mighty Heart is a stable mate to Curlin’s Voyage. He will sit that great outside trip, which is the place to be sitting just off the average pace, ready to pounce at first asking. Hs very lightly raced and has really taken to the Tapeta surface. Look for another big move forward here. Olliemyboy is a lightly raced colt that is getting better with every race and can easily get the 1 1/4 miles. He does not need a swift pace for his best, but it helps. He owns a deadly turn of foot, and his sharp works help make him the best “under” play at a big price.

I narrowed it down to No. 6 Halo Again (5-1) or No. 14 Tecumseh’s War (12-1) to win the Queen’s Plate. As it should be, price was the determining factor, so Tecumseh’s War on top it is. This win-shy Summer Front colt has showed promise when winning on debut last year for the Brad Cox barn but is winless in six starts since, including his last three for current trainer Catherine Day Phillips. Still, there are some things to like as the effort last out stretching out to 1 1/8 miles was a career best. He has also shown an ability to get into the race, and if he can avoid trouble from the outside post he should be in the clear. From a wagering perspective, both the morning-line favorites No. 12 Clayton (2-1) and No. 10 Curlin’s Voyage (5-2) but are too short in this field. I will play No. 14 to win at 8-1 or better and key around in the gimmicks with No. 6 at 4-1 or better.

Hopefully, No. 6 Halo Again (5-1) will offer some value at post time. While he was beaten by Clayton last time out in the Queen’s Plate Trial, he still ran a very strong race. In the stretch he showed grit and determination and attempted to re-rally but was just second best. In his prior race July 4 he was much the best in the Queenston. His trainer, Steve Asmussen, is known to have his horses ready to roll for big races. He found success in the Canadian Triple Crown last year with Tone Broke winning the Prince of Wales and the Breeders’ Stakes. It would not be surprising to see Halo Again turn the tables on Clayton on Plate Day. My exacta ticket for the race is 6 / 2, 10, 12, and my trifecta is 6, 12 / 2, 6, 10, 12 / 3, 9, 14.