FAQ: With hearing Monday, what now for Baffert & ’21 Derby? 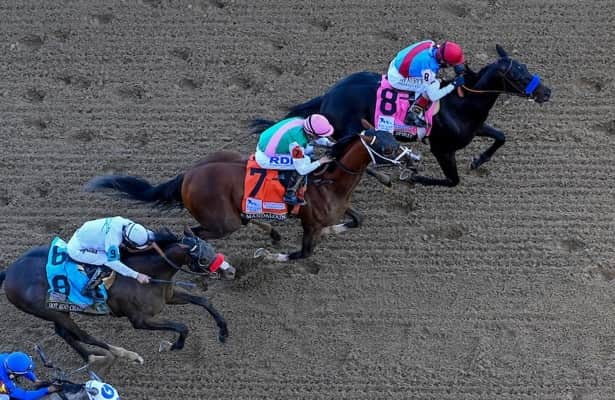 The controversy concerning the late Medina Spirit’s Kentucky Derby victory has raged since May. As the case appears to be heading toward a key moment Monday, here is what we know about the past, present and future of the Derby drug drama.

What has happened already?

On May 1, Medina Spirit, trained by Bob Baffert, won the Kentucky Derby. Shortly thereafter, he tested positive for betamethasone, a corticosteroid that is not allowed in any quantity on race day in Kentucky.

After initially denying using the medication, Baffert later said that the Protonico colt had been given a topical ointment known as Otomax, which contained betamethasone, to treat a skin condition. Baffert and his legal team claimed the ointment was allowed in Kentucky, since Medina Spirit was not injected with betamethasone.

In order to prove the cause of the failed drug test, Baffert took the Kentucky Horse Racing Commission to court to force further testing of the Derby day, split urine sample. That lawsuit was successful, and the trainer’s legal team said it showed Otomax was indeed the culprit.

The Derby case still has not been heard by Kentucky’s stewards, but an attorney for the New York Racing Association revealed in a hearing to determine whether the trainer will be suspended in New York, that a hearing had been scheduled.

When is that hearing?

Monday. A representative for the KHRC as well as one of Baffert’s attorneys did not confirm the time or whether the hearing will be conducted online or in-person.

Is the hearing public?

What are the possibilities for the ruling?

The stewards may disqualify Medina Spirit, making Mandaloun the official Derby winner, and punish Baffert. Any punishment levied against the trainer could be exacerbated by Gamine’s positive test for the same substance after the Kentucky Oaks in September 2020.

For a second Class C (betamethasone's classification) drug positive in 365 days, the punishment listed in Kentucky state law is a 10- to 30-day suspension as well as a $1,500 to $2,500 fine, absent mitigating circumstances.

The stewards also could elect to take no action.

When will there be a ruling and when will we know about it?

Possibly Monday. That same KHRC representative said the ruling will be posted “shortly” after a decision is made.

So that will be the end of this, right?

According to Kentucky state law as posted on the commonwealth’s website, if Medina Spirit is disqualified or Baffert is punished, he may appeal to the KHRC. That eventually could lead to an administrative hearing of the commission, which would then make a decision.

Would that be the final decision?

No. According to state law, “any licensee or any applicant aggrieved by any final order of the racing commission may appeal to the Franklin Circuit Court.”

Presumably the case could then be taken through the court system, theoretically as far as the U.S. Supreme Court. However, the last off-track Derby disqualification, Dancer’s Image in 1968, only made it to the Kentucky Court of Appeals.

Kind of. Churchill Downs Inc. has banned him from its tracks for two years ending after the 2023 Derby and declared his horses ineligible to earn Derby qualifying points. Baffert so far has not challenged that ban in court, although he is expected to do so.

As previously mentioned, he also recently went through a hearing with NYRA to help determine whether he will be suspended in New York. No ruling has been issued so far.

How long has the process taken in the past?

The 1968 Derby results were not finalized until June 30, 1972, when the state appeals court threw out a ruling by Kentucky’s Franklin Circuit Court that would have kept Dancer’s Image as the winner.