Prospect Watch: These 2-year-olds could be Derby contenders 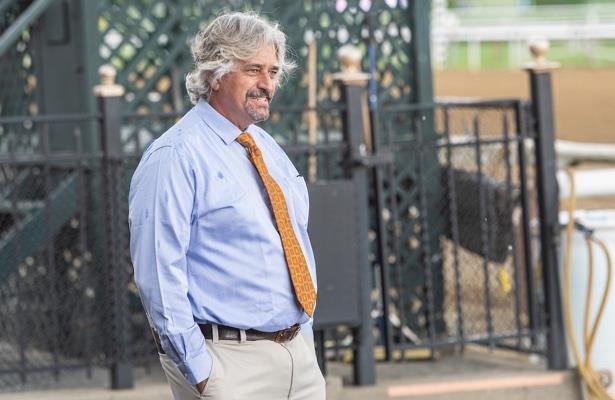 Racing returns to Belmont Park and Churchill Downs this week, and there’s plenty for racing fans to anticipate. Among the highlights are a handful of high-quality maiden races for 2-year-olds, featuring several well-bred youngsters with the pedigrees to develop into 2021 Kentucky Derby contenders.

Todd Pletcher in particular appears to hold a strong hand, with one of his runners — Known Agenda — looming as an especially promising prospect. Known Agenda is one of six unraced colts we’ll highlight this week.

Hall of Fame trainer Steve Asmussen has a live prospect in Stayin’ Out Late, a son of three-time leading sire Tapit out of the stakes-winning Graeme Hall mare Graeme Six. The latter displayed an affinity for Churchill Downs when nabbing the 2008 Winning Colors (G3) sprinting 6 furlongs, and Stayin’ Out Late should find the oval just as accommodating, considering he’s been breezing steadily at Churchill since early July. With Asmussen’s go-to jockey Ricardo Santana aboard, this $200,000 yearling purchase figures to receive plenty of wagering support.

Trainer Brad Cox was ultra-hot at Churchill Downs during Kentucky Derby week, going 6-for-13 (46 percent), and he’ll seek to keep his momentum going on Friday with Inspector Frost. A Godolphin homebred, Inspector Frost is a son of Godolphin’s brilliant Metropolitan Handicap (G1) winner Frosted out of the Quiet American mare Folk, previously the dam of Busanda Stakes winner Captivating Lass. Folk was stout enough to win the 1 1/8-mile UAE Oaks and place in the 1 1/4-mile Coaching Club American Oaks (G1), so the combination of miler speed and classic stamina could ultimately establish Inspector Frost as a viable contender for the 2021 classics.

In 2008, trainer Larry Jones, jockey Gabriel Saez, and owner/breeder Brereton Jones teamed up to win the Kentucky Oaks (G1) with eventual champion 3-year-old filly Proud Spell. On Friday, Proud Spell’s half-brother Cousin Larry will debut at Churchill Downs for the same connections. The son of Cairo Prince doesn’t bring the flashiest work tab to the equation, but with his classy pedigree and high-profile connections, Cousin Larry bears watching both on Friday and down the road.

A Godolphin homebred trained by Brendan Walsh, Crump is a May foal who might need some time to develop into a top prospect — keep in mind, Walsh strikes at just a 7 percent rate with first-time starters. But sire Into Mischief is responsible for many early-maturing 2-year-old winners, and dam Flashing won the Test (G1) and Gazelle (G1) during a decorated career, so there are reasons to believe Crump can outrun expectations on Friday with Corey Lanerie in the saddle.

It’s easy to see why Rational Choice is debuting over a mile. Sold for $375,000 as a yearling, Rational Choice is a stoutly bred son of Candy Ride (sire of 2017 Horse of the Year Gun Runner) out of a mare by champion 3-year-old and Preakness (G1) winner Bernardini. This is a pedigree geared toward stamina, so don’t be surprised if Rational Choice ultimately develops into a 2021 classics contender for four-time Eclipse Award-winning trainer Chad Brown

Todd Pletcher’s exciting 2-year-old Known Agenda is bred to be a high-class route runner — maybe even a Kentucky Derby contender. The chestnut colt is a son of two-time Horse of the Year Curlin out of the Byron mare Byrama, who won the 2013 Vanity Handicap (G1) racing 1 1/8 miles over the Hollywood Park Cushion Track. A St. Elias Stable homebred, Known Agenda has been cranking out fast workouts at Saratoga, including a bullet half-mile from the training track starting gate on Sept. 14. You can bet Known Agenda will relish the 1-mile distance of Saturday’s race, and the fact that Hall of Fame jockey John Velazquez has accepted the mount is another positive sign.