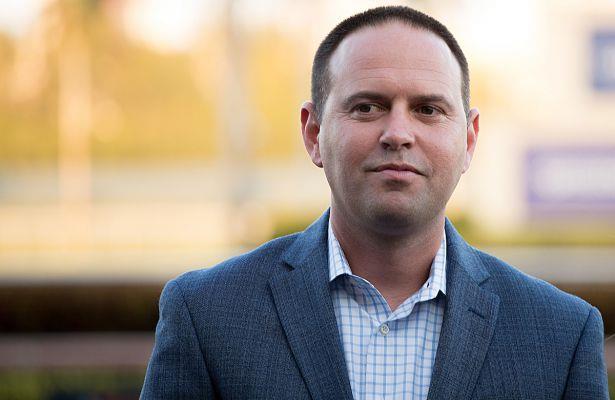 Another exciting Saturday of racing at Saratoga and Del Mar brings another round of classy 2-year-old maiden races to the spotlight. The sixth race at Saratoga is shaping up to be a particularly memorable affair; among the 11 horses entered are half-siblings to Grade 1 winners Beach Patrol and Caledonia Road.

Let’s dig in and review half a dozen promising prospects to follow on Saturday:

Sold for $900,000 as a yearling, Engrave will debut under the care of trainer Chad Brown, which is fitting when you consider this son of Flatter is a half-brother to Brown’s accomplished turf star Beach Patrol, a three-time Grade 1 winner who finished second in the 2017 Breeders’ Cup Turf. Engrave might eventually emulate his older sibling and prove best on grass, but in the meantime this OXO Equine runner is bringing a sharp series of dirt workouts to Saturday’s sprint, including a swift five furlongs from the starting gate in 1:00 on Aug. 9. Hot jockey Jose Ortiz (a 23% winner at Saratoga this meet) has the mount.

A son of Blame out of the Dixie Union mare Come a Callin, Officiating is a half-brother to a pair of stakes winners, including 2017 champion 2-year-old filly and Breeders’ Cup Juvenile Fillies winner Caledonia Road. Trained by Bill Mott, Officiating has been training steadily at Saratoga since mid-June and has really picked up the pace of his workouts in recent weeks, cranking out five furlongs from the starting gate in :59 4/5 on Aug. 1, followed by a half-mile in :47 4/5 on Aug. 10. Mott isn’t a frequent winner with first-time starters, but Officiating could be ready to fire a big shot on debut, with more to come down the road.

It’s safe to say High Knuckles is bred to be a speedy sort. While the progeny of sire Ghostzapper have excelled over a wide variety of distances and surfaces, High Knuckles was produced by the Grindstone mare Seeking the Silver, which makes him a half-brother to two-time Carter Handicap (G1) winner Dads Caps and a full brother to Madison (G1) and Ballerina (G1) winner Paulassilverlining. High Knuckles doesn’t bring the flashiest work tab to the equation for trainer Rudy Rodriguez, and his breeding also hints he’ll be a late-maturing sort. But with hot jockey Joel Rosario in the saddle, High Knuckles is worth following on Saturday and down the road.

Trainer Jeremiah Englehart compiled a strong record with juvenile first-time starters at Saratoga last summer, going 4-for-14 (29%) with three more runners cracking the trifecta. On Saturday, Englehart could pick up another winner with Charleston Strong, a $600,000 yearling purchase. A son of Flatter out of an unraced War Front mare, Charleston Strong has shown flashes of speed in the mornings, most notably blazing a bullet half-mile from the Saratoga starting gate in :47 1/5 on July 19. As a January foal, Charleston Strong could have a subtle maturity advantage over his rivals, stamping this well-bred youngster as one worth watching.

Sold for $900,000 as a yearling, Illumination is bred from top to bottom to be a classy filly racing two turns on dirt. A daughter of acclaimed stallion and stamina influence Medaglia d’Oro, Illumination was produced by the Street Sense mare Light the City, a stakes-winning sprinter who demonstrated sufficient stamina to finish second in the 1-mile Las Virgenes (G1). The fact Illumination is bred to stretch out is particularly exciting since she’s shown an abundance of speed in the mornings for Hall of Fame trainer Bob Baffert, cranking out one fast workout after another over the Del Mar main track. After blazing five furlongs from the starting gate in a bullet :59 on July 30, followed by the same distance in 1:00 1/5 on Aug. 8, Illumination looks ready for a big effort on debut.

Conditioned by Peter Miller, Forest Caraway is a daughter of Bodemeister out of the Yes It’s True mare Thin Disguise, previously the dam of Distaff Handicap (G3) winner Holiday Disguise and three-time stakes winner Midnight Disguise, a pair of New York-bred fillies skilled at both sprinting and routing. Owned by Phoenix Thoroughbred III, Forest Carraway doesn’t have quite as eye-catching a work tab as Illumination, though she did flash some speed when clocking five furlongs from the Del Mar starting gate in 1:00 on Aug. 3. If Illumination misfires in her debut, Forest Caraway is a logical candidate to pick up the pieces.