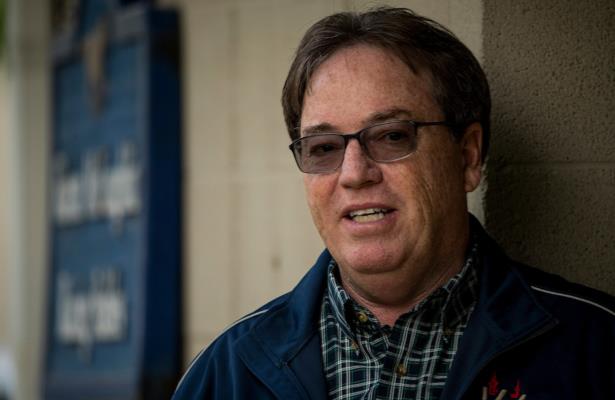 Fountain of Youth (G2) day at Gulfstream Park will make for an action-packed afternoon including 10 stakes on the card. Outside of that company are also a pair of competitive maiden special weight events for 3-year-olds which could produce a new Triple Crown hopeful or two.

One of the most notable names in the entries is Ashiham, a grandson of 2002 Horse of the Year Azeri. Normally a runner with such regal lineage would be an obvious favorite, but Ashiham is facing a deep field of challengers.

Let’s dig in and review seven of the most promising prospects entered Saturday.

Trainer Todd Pletcher enlists Hall of Fame jockey John Velazquez to ride I’ll Fight Dempsey, a $300,000 yearling purchase entering off quick workouts at Palm Beach Downs. A son of Into Mischief out of a More Than Ready mare, I'll Fight Dempsey has plenty of speed in his pedigree and looks like a win-early type. He was actually in training at Saratoga last summer before going to the sidelines, so expect this St. Elias Stable runner to put in a good showing on Saturday.

Sold for $150,000 as a 2-year-old in training, Centastic is bred to be a speedy colt. His sire, Goldencents, won back-to-back editions of the Breeders’ Cup Dirt Mile, while dam Ms North Carolina previously produced Off Duty, winner of the six-furlong Phoenix Stakes (G3) at Keeneland. Centastict hasn’t shown an abundance of speed in morning training at Palm Beach Downs, but he’s compiled a solid work tab for Pletcher, including a respectable half-mile in :47 4/5 on Jan. 25. California-based jockey Flavien Prat accepts the mount.

The field’s lone Triple Crown nominee, Candy Machine is a stoutly-bred son of Candy Ride out of the Giant’s Causeway mare Viva Carina, who crossed the wire first in the 2013 Santa Barbara Handicap (G2) running 1 1/4 miles. Candy Machine figures to thrive when stretching out in distance, though it’s certainly possible he could contend for victory on Saturday. Under the care of trainer Chad Brown, Candy Machine has fired off some sharp workouts at Palm Meadows, including a bullet half-mile from the starting gate in :47 flat. Four-time Eclipse Award-winning jockey Javier Castellano will guide the $475,000 yearling purchase, who races for the partnership of Peter Brant and Three Chimneys Farm.

There’s a reason why Ashiham sold for $800,000 as a yearling. The chestnut colt is a son of three-time leading sire Tapit out of the Ghostzapper mare Wine Princess, a two-time graded stakes winner produced by 2002 Horse of the Year Azeri. Ashiham’s pedigree is stacked from top to bottom with quality, and while he’s unlikely to be at his best sprinting six furlongs on debut, he’s been breezing like clockwork at Palm Meadows for hot trainer Kiaran McLaughlin, who is striking at a 21% rate at Gulfstream this winter. Regardless of how Ashiham performs on Saturday, you can expect this Shadwell Stable runner to improve when stretching out in distance down the road.

It’s easy to see why Pletcher is debuting this Bobby Flay homebred over a mile. Fried Rice King is a son of 2006 Preakness winner Bernardini out of the Medaglia d’Oro mare Super Espresso, winner of the 2011 Allaire DuPont Distaff Stakes (G3) at 1 1/16 miles. Bernardini and Medaglia d’Oro are both sources of stamina, so you can count on Fried Rice King to be at his best running long. Whether he’ll have the speed necessary to contend on debut going one turn here is another question entirely. While Fried Rice King is nominated to the Triple Crown, his work tab at Palm Beach Downs hasn’t been particularly flashy, so taking a wait-and-see approach with this colt might be the wise approach.

Much will be expected from Hero d’Oro, a regally bred colt who sold for $1.2 million as a 2-year-old training. A son of Medaglia d’Oro, Hero d’Oro was produced by the Fusaichi Pegasus mare After Thought, already the dam of the stakes-winning turf milers Youngest Daughter and Annulment. Hero d’Oro’s pedigree might be geared a bit more toward turf than dirt, but as an expensive Triple Crown nominee, it’s not surprising to see Brown giving Hero d’Oro a try on dirt. The colt did fire off a bullet workout at Payson Park on Feb. 15 going a half-mile from the starting gate in :49 2/5, so there could be some talent in the mix here.

A Triple Crown nominee, Steely Danza fired off a huge effort in his debut sprinting six furlongs at Fair Grounds on Dec. 28, making multiple moves into a hot pace before settling for second place behind future graded stakes competitor Digital. He regressed in a similar race five weeks later, weakening to finish fourth, but it’s possible the son of Danza bounced off his tough debut. With another four weeks to recover, Steely Danza may be poised to bounce back while adding blinkers and stretching out in distance for trainer Steve Margolis.