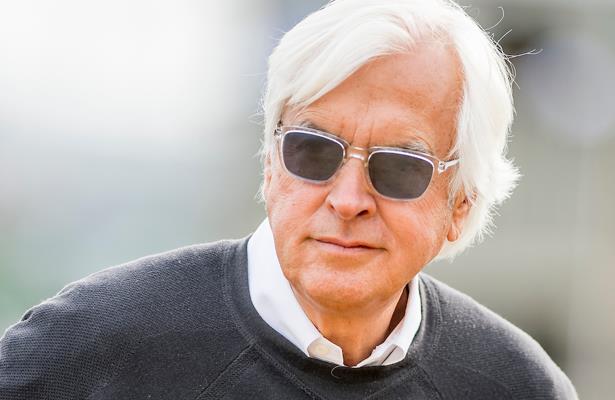 The delayed Churchill Downs Spring Meet also gets underway Saturday and Sunday, with 317 horses entered across 22 races, including the speedy Chasing Anna who appears poised for a strong effort.

Potentially the hottest prospect of the week is this $800,000 yearling conditioned by Hall of Fame trainer Bob Baffert. A son of successful sire Quality Road out of the Hennessy mare Emma Darling, Big Mel has been training up a storm in recent months, cranking out one fast workout after another. He enters Friday’s test off back-to-back bullet moves, clocking five furlongs from the starting gate in :59 3/5 on May 3 and six furlongs in 1:12 4/5 on May 10. Apprentice jockey J.C. Diaz Jr. will be aboard, and Baffert has been giving Diaz the mount on plenty of live first-time starters dating back to last summer. All eyes will be on Big Mel when the gates open. Is this another big horse from the barn?

Although American Code’s work tab isn’t as flashy as that of his Baffert-trained stablemate Big Mel, this Triple Crown-nominated son of American Pharoah already has a promising run under his belt, having finished second in a 6 1/2-furlong maiden sprint at Santa Anita two months ago. American Code’s debut was promising, as he set solid fractions of :22.34 and :45.75 before weakening only slightly to miss by 1 3/4 lengths. Cutting back to 5 1/2 furlongs could benefit American Code because the bottom half of his pedigree is all about speed: Dam Harmony Lodge won the Ballerina Handicap (G1) at Saratoga and has already produced Stratford Hill, winner of the 5 1/2-furlong Shakertown Stakes (G3) at Keeneland.

Trainer Simon Callaghan wins at a 21 percent rate with first-time starters, and from all appearances Valuation is poised for a strong effort on debut. A son of hot young sire Liam’s Map out of Natalma Stakes (G2) winner Llanarmon, Valuation has posted a series of sharp workouts at Santa Anita, including a bullet half-mile from the starting gate in :47 3/5 on April 25. Valuation’s pedigree suggests he’ll ultimately prove best running a mile or longer, so any sign of talent on debut could be an indication of bigger things to come.

It’s safe to say Lane Way has faced extraordinarily tough competition in his first three starts. The son of Into Mischief already has knocked heads with Arkansas Derby (G1) winners Nadal and Charlatan, as well as the promising allowance winner Shooters Shoot. Lane Way almost can’t help but find shallower waters this time, right? Sold for $550,000 as a 2-year-old, Lane Way has been training forwardly for Richard Mandella, clocking five furlongs in a speedy :59 4/5 on Apr. 30. He’ll be cutting back from a mile to 5 1/2 furlongs on Friday, potentially a benefit since Lane Way’s pedigree is geared toward speed. He’ll also add blinkers while reuniting with jockey Flavien Prat. A strong effort should be in the offing.

A half-brother to the stakes-winning sprinter Roxbury N Overton, Hoof Prince sold for $105,000 as a 2-year-old-in-training. A son of Cairo Prince, Hoof Prince has shown promise in the mornings for trainer Mike Maker, recently cranking out a half-mile in :48 and five furlongs in 1:00 at Palm Meadows. His work tab is dotted with bullet moves, and four-time Eclipse Award-winning jockey Javier Castellano has the mount. So let’s see if Hoof Prince can flash some talent on debut.

We featured this $400,000 yearling purchase prior to his debut sprinting seven furlongs at Gulfstream, when the son of Fast Anna carved out fast fractions (:22.29, :44.85) before weakening in the final furlong to finish fourth against a quality field. Out of a Distorted Humor mare, Chasing Anna is bred for speed and should appreciate the slight cutback in distance on Sunday. It’s also worth noting that trainer Kenny McPeek wins at a 16 percent rate with second-time starters, much higher than his 6 percent strike rate with debut runners, so Chasing Anna figures to improve with the benefit of a run under his belt. Jockey Jose Ortiz picks up the mount.