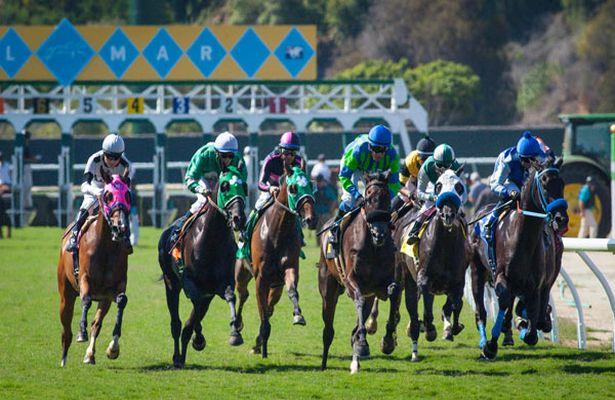 One week after saddling Breeders’ Cup Juvenile (G1) contender Classier to an eye-catching debut win at Santa Anita, Hall of Fame trainer Bob Baffert is set to unveil another promising 2-year-old: Du Jour. But whereas Classier followed the path of most Baffert trainees and debuted on dirt, Du Jour is slated to try his luck over the Del Mar lawn.

Du Jour is one of six intriguing 2-year-olds we’ll highlight during this quiet week before the Breeders’ Cup gets underway:

Although Digital Future sold for just $90,000 as a yearling, the son of Street Boss looks like a promising prospect for the high-profile team of trainer Chad Brown and owner Klaravich Stables. Digital Future has been firing off bullet workouts at Monmouth Park, handily traveling 5 furlongs in 1:00 1/5 and a half-mile from the starting gate in :48 flat. His pedigree arguably slants toward sprints and miles more than routes, so Digital Future might not develop into a classics contender. But with Irad Ortiz in the saddle, he’s certainly a threat to win on debut.

Digital Future might be bred for speed, but Nepotism boasts a pedigree geared toward stamina. Sire Union Rags and dam sire Afleet Alex both won the 1 1/2-mile Belmont Stakes (G1), while dam Sweet Tess was beaten just half a length in the 1 1/16-mile California Oaks. Under the care of hot trainer Jonathan Thomas (4-for-15, 27% at Belmont this meet), Nepotism has shown speed in the mornings, most recently breezing a bullet half-mile in :47 flat. Four-time Eclipse Award-winning jockey Javier Castellano will guide the $210,000 yearling purchase, who is favored at 7-5 on the morning line. Regardless of how Nepotism performs on Saturday, we can expect him to show improvement with distance and maturity.

A son of leading sire Into Mischief, Highway Bound is a Godolphin homebred produced by the Street Cry mare Seventh Street, a multiple Grade 1-winning router who previously foaled Demoiselle (G2) winner Lake Avenue. Highway Bound’s pedigree contains an appealing blend of speed and stamina, and while he never fired in his debut on Sept. 27 at Belmont Park — finishing last by 28 lengths — a troubled start didn’t help his chances. Hall of Fame trainer Bill Mott will equip Highway Bound with blinkers for his second run, setting the stage for an improved performance.

As a daughter of Preakness (G1) winner Bernardini out of the Gone West mare Speed Succeeds, Happy Success is a half-sister to Blue Grass (G1) winner Brilliant Speed and Remsen (G2) runner-up Souper Speedy. A Whisper Hill Farm homebred trainer by Steve Asmussen, Happy Success is bred to thrive running two turns, so Saturday’s sprint looks like a starting point more than anything else. Her relatively light work tab suggests the same, though with Asmussen’s go-to jockey Ricardo Santana in the saddle, Happy Success has a chance to outrun expectations even while sprinting.

Patient trainer John Shirreffs rarely cranks his young runners to win on debut, so we’re unlikely to see Airman’s best effort on Saturday. On the other hand, Airman has posted some encouraging workouts at Santa Anita (culminating with 5 furlongs in 1:00 flat), and his pedigree suggests the 1-mile distance won’t be an issue. Airman is a son of Belmont Stakes (G1) winner Tonalist (a budding young stamina influence) out of a mare by Intikhab, whose record as a dam sire includes Prix de l’Arc de Triomphe (G1) and Breeders’ Cup Turf (G1) winner Found. Regardless of how Airman performs on Saturday, he’ll be one to watch down the road.

Bob Baffert doesn’t debut horses on turf very often, but he does win at a respectable 20% rate with such runners, stamping Du Jour as a colt to watch in his initial run. A son of successful grass sire Temple City out of a mare by Bernardini, Du Jour sold for $280,000 earlier this year and has flashed some serious speed in the mornings, most notably blazing a bullet 5 furlongs from the Santa Anita starting gate in :59 flat. Hall of Fame jockey Mike Smith takes the mount, but avoiding ground loss could be tricky since Du Jour is slated to break from post 12.