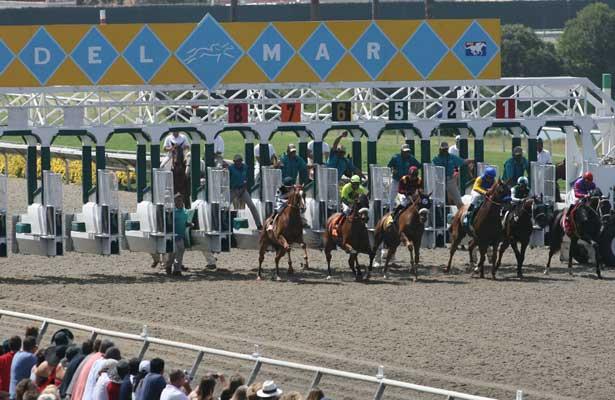 In the meantime, let’s review a handful of promising juvenile fillies entered to race at Churchill Downs and Del Mar this week, including a couple of exciting prospects from the hot barns of Bob Baffert and Richard Mandella.

Two-time Grade 1 winner Constitution has been on fire at stud, siring a bevy of stakes winners led by Belmont Stakes (G1) champion Tiz the Law. Impressively, Constitution’s progeny win at a 20% rate on debut, suggesting Marion Francis will be a factor first time out for high-percentage trainer Brad Cox. Sold for $150,000 earlier this year, Marion Francis has put together a solid work tab highlighted by a bullet 5 furlongs in 1:00 1/5 from the Ellis Park starting gate. Hot jockey Florent Geroux (a 24% winner at Churchill Downs) takes the mount, setting the stage for a sharp debut.

Trainer Victoria Oliver doesn’t usually win with first-time starters, striking at just a 5% rate, but Flippant has shown serious speed in the mornings, clocking a half-mile in :46 4/5 from the Keeneland starting gate on Nov. 1. If she produces a promising effort on Saturday, expect big things from this stoutly bred filly, who should thrive when stretching out around two turns.

Sold for $750,000 as a yearling, Mamie Van D is a promising daughter of two-time Horse of the Year Curlin. Produced by the Grand Slam mare Overandabeauty (previously the dam of Cicada Stakes winner Noble and a Beauty), Mamie Van D won’t necessarily bring her A game on debut since trainer Neil Drysdale strikes at only a 6% rate with first-time starters. But Overandabeauty’s foals tend to mature quickly, with three reaching the winner’s circle as juveniles, and Mamie Van D has flashed speed during morning training. In any case, she’s worth following on purchase price and pedigree alone.

Although Empire House didn’t sell for quite as much as Mamie Van D, her $500,000 price tag from the 2019 Keeneland September yearling sale was nevertheless eye-catching. After completing the majority of her pre-debut training at Golden Gate Fields, this Jonathan Wong filly traveled to Santa Anita and posted three solid workouts, including a bullet 6 furlongs in 1:14 2/5. As a daughter of Belmont Stakes (G1) winner Empire Maker out of a mare by Horse of the Year Mineshaft, Empire House is bred to relish running long. If she shows any signs of life on Saturday, she’ll be a filly to watch on the Road to the Kentucky Oaks.

A homebred racing for Gary and Mary West, Exotic West figures to start as the favorite in Saturday’s maiden heat. The daughter of Hard Spun has been posting fast workouts at Santa Anita for Hall of Fame trainer Bob Baffert, culminating with a bullet half-mile from the starting gate in :47 on Nov. 13. Baffert has been on fire at Del Mar, going 4-for-10 (40%) to start the meet, and jockey Abel Cedillo (a 47% winner when teaming up with Baffert) has been named to ride. A promising debut effort should be in the offing.

If anyone can challenge Exotic West, it might be Peachtree Road. In her debut dashing 5 1/2 furlongs at Del Mar during the summer, Peachtree Road flashed some tactical speed before weakening to cross the wire fourth, eight lengths behind future Del Mar Debutante (G1) winner Princess Noor.

Subsequently freshened during the month of September, Peachtree Road has bounced back with a serious of fast workouts at Santa Anita and Del Mar, including a bullet 6 furlongs in 1:14 4/5 on Nov. 10. Hall of Fame jockey Mike Smith retains the mount for trainer Richard Mandella, who has gone 5-for-10 (50%) so far at the Del Mar fall meet. As a half-sister to the stakes-winning route runners Princess Arabella and Dyna’s Lassie, Peachtree Road is bred to improve with distance and maturity, stamping the daughter of Quality Road as an exciting filly to follow.