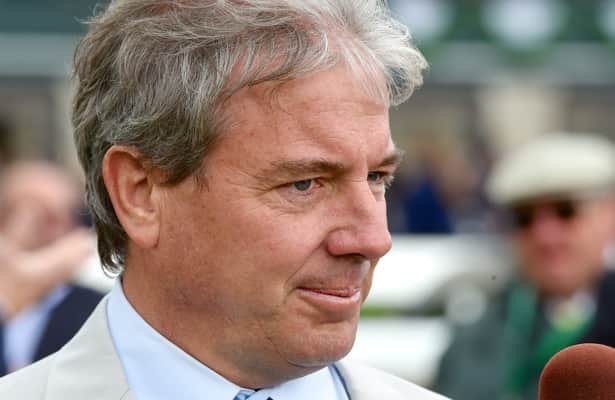 Trainer Wesley Ward is famous for saddling ready-to-win 2-year-olds during the annual spring meet at Keeneland. In fact, betting Ward trainees in these early-season juvenile sprints is one of the most reliable angles in all of racing.

Since 2016, Ward’s juveniles have compiled an extraordinary 57: 28-14-3 record during spring meets at Keeneland – that’s a 49 percent win rate and a 79 percent in-the-money rate. And their dominance is only growing: Since 2018, Ward’s juveniles have gone 33: 19-7-2, which equates to a 57 percent win rate and an 85 percent in-the-money rate. The win rates are especially noteworthy when you consider how Ward often saddles multiple starters in a single race.

So far in 2021, Ward has gone 6: 2-3-0 with juveniles at Keeneland, good for a 33 percent win rate and an 83 percent in-the-money rate. On Thursday, Ward will saddle four starters in two more races, setting the stage for further success as his stable gears up for England’s prestigious Royal Ascot meeting in June.

Let’s review the Ward quartet plus two other intriguing juveniles entered to race on Thursday:

So let’s see: Burning Desire is a daughter of Belmont Stakes winner Empire Maker out of a mare by Tapit, the three-time leading sire best known for siring Belmont winners Tonalist, Creator and Tapwrit. Isn’t this a pedigree geared toward stamina and late maturity? Surely Burning Desire won’t be ready to fire her best shot sprinting 4 1/2 furlongs as a spring juvenile.

Maybe not, but on pedigree alone, this James Chapman trainee is worth watching for down the road. Her dam, Wicked Temper, was a two-time winner racing a mile or farther on grass, and Wicked Temper already has foaled two winners from two starters. Don’t be surprised if Burning Desire (eventually) keeps the family winning streak alive.

The first Wesley Ward trainee is a daughter of champion juvenile Midshipman out of Sh Sh Shakin’, who previously foaled the 2-year-old stakes winner Chattel. Suffice to say, Averly Jane has the pedigree to succeed from an early age.

Sold for $35,000 as a yearling, Averly Jane has shown speed in the mornings, most notably clocking three furlongs from the Keeneland starting gate in :34 4/5 on April 6. Jockey Joel Rosario (a 40 percent winner when teaming up with Ward) takes the mount, and Midshipman sires 14 percent winners from first-time starters – two stats that stamp Averly Jane as the filly to beat.

The second Ward filly is a daughter of Malibu Moon out of the Lemon Drop Kid mare Royal Story, who matured early enough to win her debut and place second in the Hut Hut Stakes as a juvenile.

Texas Tiara hasn’t displayed quite the same level of speed as Averly Jane during morning workouts, with her quickest time for three furlongs being :35 2/5 from the Keeneland starting gate. But Hall of Fame jockey John Velazquez takes the mount, and it wouldn’t come as a surprise to see Texas Tiara round out the exacta behind her stablemate.

The above-mentioned Burning Desire isn’t the only well-bred filly trainer James Chapman will debut on Thursday. Although Secret Moment sold for only $37,000 as a yearling, her pedigree is solid – she’s by two-time leading sire Into Mischief (responsible for 16 percent winners from first-time starters) out of the Fairbanks mare Synapse, who won the My Trusty Cat Stakes as a juvenile.

Chapman wins at just a 4 percent rate with debut runners, but 25 percent of them finish in the money, and Secret Moment showed a bit of speed when clocking three furlongs in :36 3/5 from the starting gate at The Thoroughbred Center. At 20-1, she could be worth including in exotic wagers.

Kaufymaker already has posted a couple of bullet three-furlong workouts at Keeneland, so we know she has at least a little speed. She was entered to race on April 7 at Keeneland but wound up being a vet scratch. Apparently none the worse for wear, she came back to breeze a half mile from the starting gate in :48 2/5 on April 10, setting the stage for an encouraging debut under John Velazquez.

The final Ward trainee brings a solid pedigree to the table. Sire First Samurai won the Hopeful (G1) and Champagne (G1) as a juvenile, while dam sire Super Saver nabbed the Kentucky Jockey Club (G2) during his 2-year-old season before coming back to win the Kentucky Derby (G1) as a sophomore.

Tea Olive wrapped up her preparations for Thursday’s test by clocking three furlongs from the Keeneland starting gate in :35 on April 6, a solid if not overly remarkable time. But with Joel Rosario aboard, you can bet Tea Olive will attract plenty of support at the betting windows.