'All systems go' as Promises Fulfilled returns to the work tab 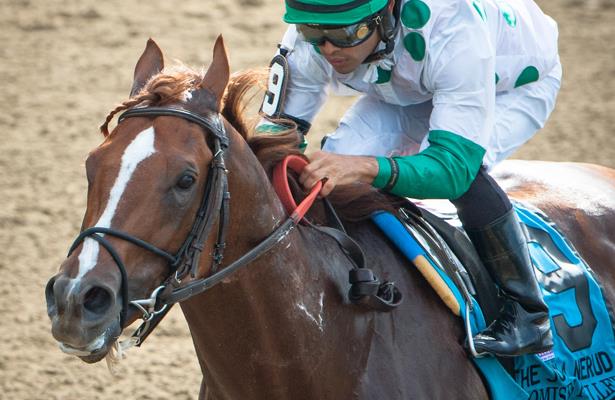 Grade 1 winner Promises Fulfilled returned to the work tab Saturday morning at Churchill Downs for the first time this season.

Following a sixth-place finish in his most recent start, the Phoenix (G2) last October at Keeneland, Dr. Larry Bramlage found bone fragments in one of Promises Fullfilled’s ankles and performed surgery to remove them.

Promises Fulfilled rejoined the Romans barn a week ago after spending seven months on the farm recuperating.

“He came in (to Churchill) last Saturday and now it’s all systems go,’” Romans said Saturday.

A winner of seven races in 17 career starts, the son of Shackleford has earned $1,455,530 for owners Robert Baron and WinStar Farm.

Promises Fulfilled won his first graded stakes on the 2018 Kentucky Derby trail when he captured the Fountain of Youth (G2) at Gulfstream Park in his fourth career start.

He would finish ninth in his subsequent start in the 2018 Florida Derby (G1) before running 15 in the Kentucky Derby that May.

Later in 2018, Promises Fulfilled reeled off three consecutive graded stakes victories once shortened up, capturing the Amsterdam (G3) and Allen Jerkens (G1) at Saratoga before taking the 2018 Phoenix at Keeneland.

Last year, in six races, Promises Fulfilled added the John Nerud Stakes (G2) to the list of his graded stakes wins. As the chestnut's form tailed off, a closer evaluation revealed the ankle chips and necessitated time out of training.

WinStar Farm within the last year joined Robert Baron in campaigning Promises Fulfilled, who is 7-0-3 in 17 starts with earnings of $1.45 million.