Promises Fulfilled out of the Breeders' Cup, returns in 2020 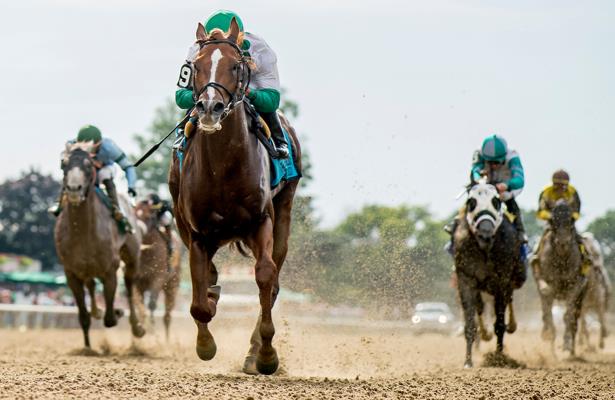 Noticing the speedy Promises Fulfilled hadn't been running like his usual self the latter half of this season, trainer Dale Romans ordered a recent visit to the renowned Dr. Larry Bramlage.

While the diagnosis will count the 4-year-old son of Shackleford out of the Nov. 2 Breeders' Cup Sprint, Elliott Walden, president and CEO of WinStar Farm, said Promises Fulfilled is expected to return for a 2020 campaign.

Promises Fulfilled won the John A. Nerud (G2) to earn his "Win and You're In" trip to the Breeders' Cup back on July 6 at Belmont Park. But he followed up by finishing sixth in both Saratoga's Forego (G1) and Keeneland's Phoenix (G2).

"Dr. Bramlage said it was really good that Dale sent him in, and he was ready for a break," Walden said. "He'll freshen up here."

Walden mentioned next year's Churchill Downs (G1), run at seven furlongs on Kentucky Derby day, as a goal for Promises Fulfilled in 2020.

Promises Fulfilled, who ran on the Kentucky Derby trail in 2018 before shortening up to become a prolific type of sprinter sustaining front-running speed, is 7-0-3 in 17 career starts with earnings of more than $1.4 million.

Breeders' Cup Classic 2020: See the latest odds
With less than two months remaining until the Bree...