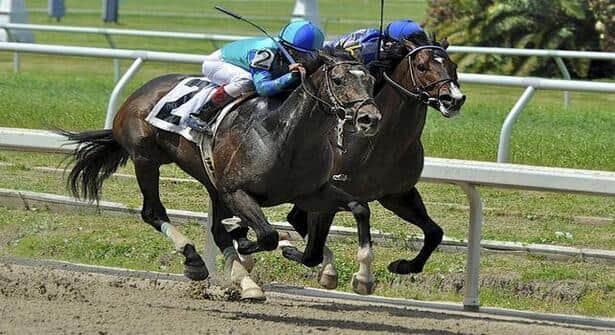 Ridden by Shaun Bridgmohan and trained by David Carroll, the 5-year-old son of Bernstein returned mutuels of $11, $5.20 and $4.80 in the about 1 1/16-mile race run over a Stall-Wilson Turf Course rated “good”, accomplished the final time in 1:47.52 and increased his career earnings to $165,315 with his third victory from 11 lifetime starts.

Ken and Sarah Ramsey’s Sneaky Kitten pressed the pace, took command approaching the lane, could not withstand the winner in the late stages but held down the second spot by finishing a neck to the good of Keith Plaisance’s Bauers Got Hours.