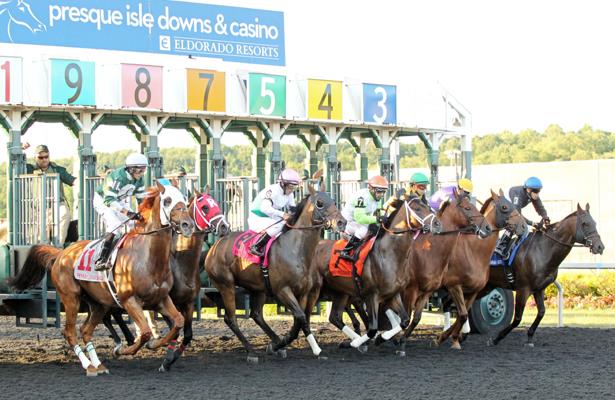 The Pennsylvania Horsemen’s Benevolent and Protective Association announced on Tuesday that Presque Isle Downs management has informed them that racing will begin on July 27 at the Erie, Pa., track.

Presque Isle will conduct eight races per night over its Tapeta track. The races will be held with no spectators in attendance.

The backside will open for horsemen on July 8 at the latest, but the HBPA mentioned in a press release that there is a possibility the barn areas can open before then, especially helpful information for trainers shipping from Tampa Bay Downs.

Also noted in the release was that the proposed Mid-Atlantic 150-day layoff rule would not be in effect for the Presque Isle meet.

The July 27 opening day was necessitated by scheduled track maintenance that needed to be performed before racing is allowed on the track. The Pennsylvania HBPA previously had listed July 20 as an opening date for Presque Isle Downs.
Presque Isle Downs