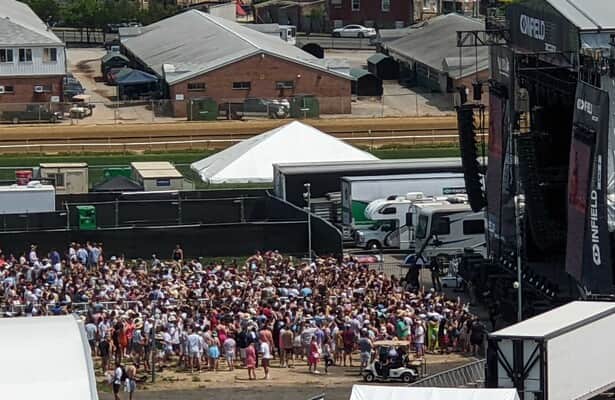 After peaking at 95 degrees, the temperature began to cool in the final hours Saturday before Preakness 147 at Pimlico Race Course. Even so, most of horses in the race will be saddled in the indoor paddock under the grandstand rather than the traditional location outside on the turf course.

Beneath hazy sunshine, the temperature reached 95 degrees around 4 p.m. EDT. By 5 p.m. it had fallen to 92 with the humidity rising to 44 percent and a southeasterly wind of 8 mph gusting to 17, according to the National Weather Service office at nearby Baltimore-Washington International Airport.

“I’m lucky it’s 90 degrees,” said trainer Steve Asmussen, who admitted to being nervous about saddling the favorite Epicenter in the Preakness. “Then I can say it’s the weather that has me sweating.”