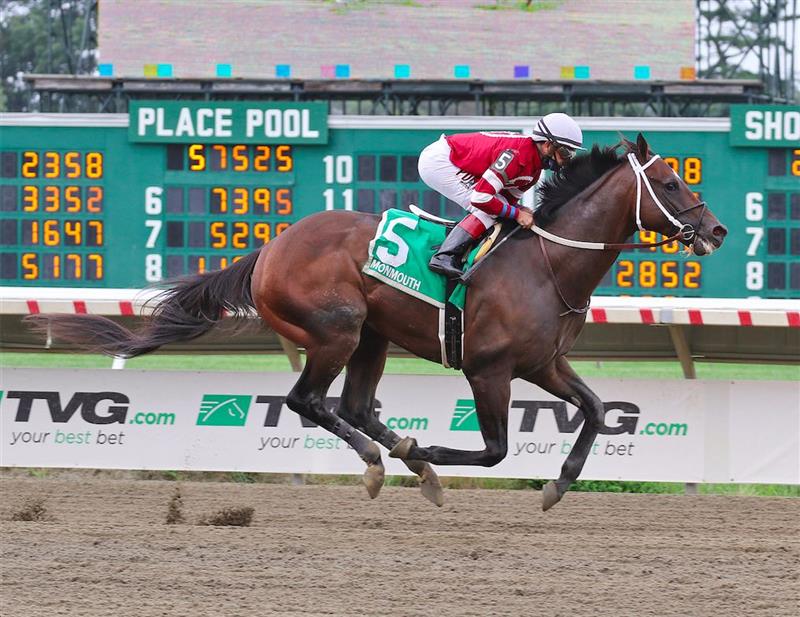 Two years after they finished a very close third in the Preakness with Tenfold, owner Ron Winchell and trainer Steve Asmussen will be back in the 1 3/16-mile classic with Pneumatic. Tenfold closed out of a fog that obscured the view of much of the 2018 Preakness, coming up three-quarters of a length shy of Kentucky Derby winner Justify, who went on to take the Belmont Stakes and the Triple Crown.

Pneumatic worked five-eighths of a mile Sunday over Saratoga’s Oklahoma training track in 1:01 2/5. The Uncle Mo colt will remain there with assistant trainer Scott Blasi until shipping to Pimlico.

“He’s training really well,” Asmussen said. “Obviously we were encouraged with his Pegasus. We thought it was his strongest race to date. It appears the Derby participants have come out in good order, and the Preakness ought to be a great race.”

Pneumatic won his first two starts at Oaklawn Park, then was third in Churchill Downs’ Matt Winn Stakes (G2) won by the highly regarded Maxfield. After a fourth in the revamped Belmont Stakes, eight weeks later he captured Monmouth Park’s Aug. 15 Pegasus. Now he’ll have seven weeks before the Preakness.

“We made a conscious decision, because of how well he ran in the Pegasus from the timing after the Belmont to the Pegasus, to try to follow a similar plan that he responded to,” Asmussen said, “(having) nothing but respect for how good of a race it’s going to be.”