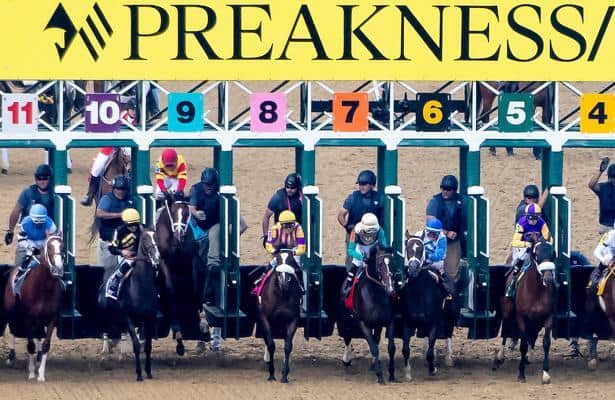 Looking at the early odds for the $1 million Preakness Stakes, the biggest questions surround the Bob Baffert runners. How low will Medina Spirit's odds be? And will the other Baffert runner, Concert Tour, who was more highly regarded by many in the runup to the Kentucky Derby, be favored?

This potentially points to Medina Spirit being the higher end of the range for odds for Derby winners, somewhere between 1.50-1 and 2.50-1.

Here are the Preakness post-time odds for the last 10 Kentucky Derby winners.

It is worth noting that 50 percent of these non-favored Derby winners did win the Preakness, often at decent odds.

After the top two, there is a gap to a few others that have different merits.

- Midnight Bourbon ran a troubled sixth in the Kentucky Derby.

- Crowded Trade ran third in the Wood Memorial, but preceded that by finishing second by a nose in the Gotham and earning a 95 Beyer Speed Figure.

- Risk Taking was a 3 3/4 length winner of the Withers on Feb. 6, but finished a disappointing seventh in the Wood Memorial.

- Rombauer ran a somewhat distant third behind Essential Quality and Highly Motivated in the Blue Grass, earning an 88 Beyer Speed Figure in the process.

In the end, we settled on Medina Spirit as a 9-5 favorite, with Concert Tour close behind at 5-2. 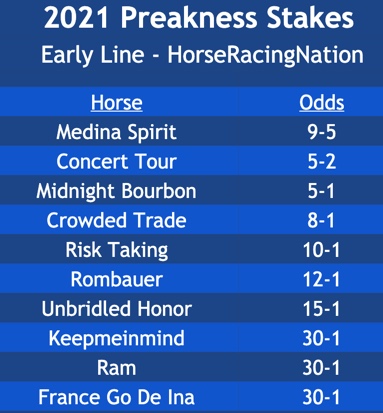