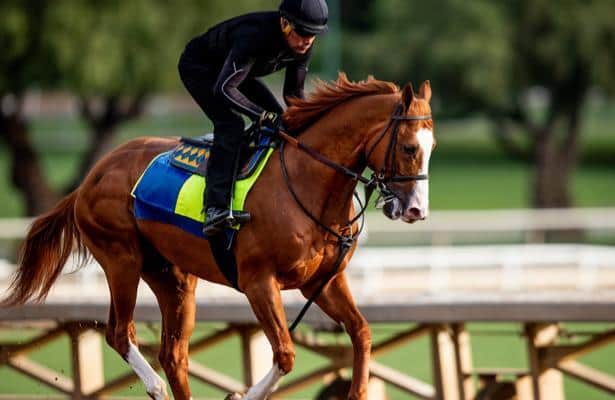 There will be no Triple Crown bid in 2019, but the absence of the first four across the wire in the Kentucky Derby led a number of connections to take a shot in Saturday’s Preakness Stakes.

Thirteen horses were entered, making this the largest Preakness field since the 1 3/16-mile race filled in 2011.

Leading this year’s bunch are two exiting the Derby, likely favorite Improbable and War of Will, who was caught up in a few controversial bumps with the disqualified Maximum Security on the first Saturday in May. Among the so-called Triple Crown series new shooters are last-out stakes winners Alwaysmining and Owendale.

Post time is 6:48 p.m. Saturday at Pimlico Race Course, which is hosting the race for the 144th time. NBC will broadcast.

Here’s a look at the Preakness field with trainers and jockeys, plus check out free past performances:

1. War of Will, 4-1 (Mark Casse/Tyler Gaffalione): There were anxious moments in the Derby, but by all accounts he has bounced out of the race with plenty of energy and has reason to improve if he can avoid traffic trouble. The pace pressing son of War Front should vie for favoritism. He's twice a graded stakes winner in 2019.

2. Bourbon War, 12-1 (Mark Hennig/Irad Ortiz Jr.): Another that had Derby dreams dashed, he’s a confirmed late runner who will add some small-cupped blinkers in hopes the son of Tapit sits closer to the pace. He had little to run at in the Florida Derby (G1) but delivered a nice rally to be second two back in the Fountain of Youth (G2).

3. Warrior’s Charge, 12-1 (Brad Cox/Javier Castellano): Supplemented by his owners for $150,000, the Florida-bred son of Munnings proved to connections he can win around two turns and registered speed figures at Oaklawn that make him a fit here. A relatively late addition to the prospective field, he contributes plenty of early pace.

4. Improbable, 5-2 (Bob Baffert/Mike Smith): The trainer is seeking his record-breaking eighth Preakness score — all his eventual winners have exited the Derby — and adds Smith for the first time. The jockey insists he can improve this horse, who is winless on the year and may finally get involved earlier at Pimlico under the new pilot.

5. Owendale, 10-1 (Brad Cox/Florent Geroux): The Into Mischief colt bounced back in a big way from missing the board in the Risen Star (G2) to win Keeneland’s Lexington (G3), circling the field through the far turn. Cox says the distance is “a question mark,” but Owendale’s running style makes him a fit to last.

6. Market King, 30-1 (D. Wayne Lukas/Jon Court): What’s a Preakness without Lukas? His record 44th starter ran 11th last time in the Blue Grass Stakes (G2), but the trainer took the blame for turning around quickly after a third in Oaklawn’s Rebel (G2). Market King is now fresh, and Lukas will discover whether his colt is more than a miler.

7. Alwaysmining, 8-1 (Kelly Rubley/Daniel Centeno): On a six-race winning streak at Laurel Park, he has passed every test, extending in distance and last time rating in a dominant Federico Tesio Stakes victory. Next comes a question of class. He’s bidding to be the first Maryland-bred Preakness winner since 1983.

8. Signalman, 30-1 (Kenny McPeek/Brian Hernandez Jr.): Connections to the Grade 2 winner passed on entering the Derby as an also-eligible — Signalman had a gash over his eye that required some time — and bring a fresh horse into this race. The son of General Quarters was third last time in Keeneland’s Blue Grass (G2).

9. Bodexpress, 20-1 (Gustavo Delgado/John Velazquez): The horse is a maiden, and the Preakness is one major race missing from Velazquez’s resume. Even though Bodexpress finished 13th in the Derby, he more than justified a trip there, getting cut off on the front stretch and shuffled back while making a bid through the far turn.

10. Everfast, 50-1 (Dale Romans/Joel Rosario): Maybe he’s the next Oxbow. That Preakness longshot upset in 2013 for Calumet Farm, which next sends this winner of one race in 10 lifetime starts. Everfast's best race came when rallying for second in the Holy Bull (G2) at 128-1. Since then, he hasn't hit the board in three starts.

11. Laughing Fox, 20-1 (Steve Asmussen/Ricardo Santana Jr.): The son of Union Rags has won three of five starts this season and last time took the inaugural Oaklawn Invitational on May 4 against a bit of a speed bias. He was also fourth behind some classy colts — Omaha Beach, Improbable and Country House — in the Arkansas Derby (G1).

12. Anothertwistafate, 6-1 (Blaine Wright/Jose Ortiz): Connections passed on the Derby with a “Win and You’re In” free trip to the Preakness in hand. The colt, three times a dominant winner on synthetic, has run second in back-to-back Grade 3 starts on dirt. Do you chalk that up to the trip or a preference for another surface?

13. Win Win Win, 15-1 (Michael Trombetta/Julian Pimentel): He exits a ninth-place finish in the Derby with a valid excuse. This one just didn't take to the slop. Trombetta bases his charge in Maryland, where he has already butted heads once with Alwaysmining. The son of Hat Trick may get the setup he needs to close into a nice finish. 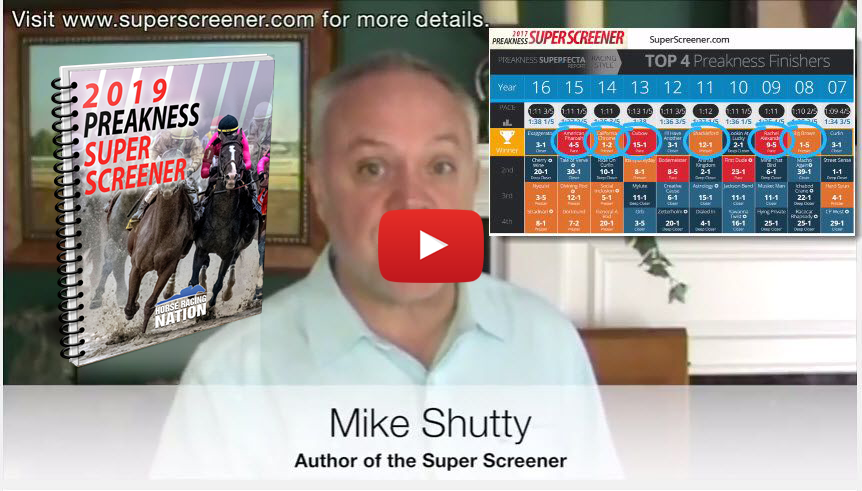