Preakness 2022: Why have new shooters won so much lately? 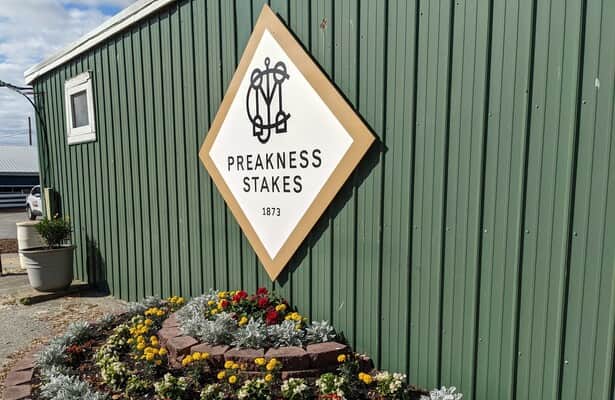 It seemed for the longest time that new shooters who had not raced in the Kentucky Derby almost never won the Preakness Stakes. The theory was that horses jumping onto the Triple Crown trail at Pimlico must not have been good enough for the ultimate race at Churchill Downs.

Then came Cloud Computing in 2017. And the filly Swiss Skydiver in the weird COVID year 2020. And Rombauer last year. And of the 15 horses who hit the board in the last five runnings of the Preakness, eight were new shooters.

Chalk it up to the new way of doing business in the 3-year-old division. There are three reasons to think that.

1. The points system that has qualified horses for the Derby since 2013 has turned into an all-or-nothing play that boils down to eight major preps in late March and early April. In the old days, a horse might have earned enough money to qualify before that. Now some decent 3-year-olds might not be primed to race during those three weeks from the Louisiana Derby (G2) to the Santa Anita Derby (G1). The Preakness becomes the next logical target.

2. The advent of win-and-you’re-in qualifiers for the Preakness led directly to the decision last year by Rombauer’s owners John and Diane Fradkin to skip a chancy Derby campaign in order to focus on Baltimore. Rombauer’s winter victory in the El Camino Real Derby at Golden Gate Fields came with an automatic Preakness berth. Focusing on Baltimore turned out to be a shrewd move.

3. North America’s ever-shrinking foal crop dwindled another 9 percent between 2013 and 2018, the years that produced the 3-year-olds who raced in the Preakness since 2016. The ripple effect has meant a talent dilution in all divisions. Those horses graduating from the Derby to the Preakness cannot be all good, right? At least they might not be as good, top to bottom, as they were six years ago.

The current cluster of victories by new shooters is the most in the Preakness since 1980-83, when three of the four runnings were won by non-Derby horses. Since 1932, when the Preakness was moved permanently behind the Derby on the Triple Crown calendar, 75 of the 90 winners (83 percent) had run for the roses at Churchill Downs. So maybe what is being experienced now is an anomaly.

If traditional form holds, then bettors will have that much more reason to bet on Epicenter or Simplification to win. If, instead, the new trend persists, then Secret Oath or Early Voting could be the play.

The following chart shows where the in-the-money Preakness horses since 1932 had finished in the Kentucky Derby. “New” shooters are so designated. The “KD 1” column shows where the Derby winner finished at Pimlico.