Preakness 2022: Armagnac is in for Yakteen; Irad Ortiz wil ride 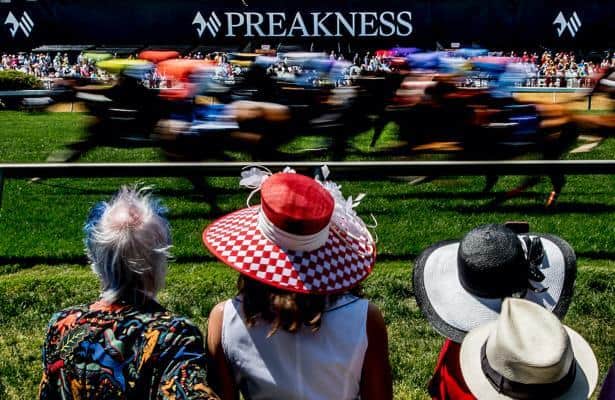 Armagnac, a front-running first-level allowance winner May 8 at Santa Anita, will make his next start in the 147th Preakness Stakes, middle Jewel of the Triple Crown, next Saturday Pimlico Race Course.

Both the $1.5 million Preakness at 1 3/16 miles and the $100,000 Sir Barton for 3-year-old non-winners of an open stakes going 1 1/16 miles on the undercard were being considered for Armagnac, according to managing partner Tom Ryan of SF Racing.

“We had some considerable conversation about it this morning,” Ryan said. “They were the two races we were considering. It feels like with his progression, he’s really trending in the right direction.”

Irad Ortiz Jr., a three-time Eclipse Award winner as champion jockey (2018-20), has signed on to ride Armagnac. Ortiz finished second in the 2021 Preakness aboard Midnight Bourbon.

“We’re excited,” Ryan said. “The horse is well, and statistically we’ve got one of the best jockeys in the nation. Sometimes when you’re healthy and well, if the opportunity is there you have to make a decision. Do I want to go large or [not]? It’s coming together in a way that we feel comfortable with the challenge.”

Armagnac has raced exclusively at Santa Anita, making two starts since being transferred to trainer Tim Yakteen from the barn of Hall of Famer Bob Baffert, who is serving a 90-day suspension that goes to July 2.

The Quality Road colt was fourth in the Santa Anita Derby (G1) April 9 at odds of 72-1 prior to his recent 4 ¼-length allowance triumph, which was his first race without blinkers.

The top three horses from the Santa Anita Derby – Taiba, Messier and Happy Jack – all ran back in the Kentucky Derby (G1) May 7. Happy Jack is also Preakness-bound, along with Derby runner-up Epicenter, and fourth-place finisher Simplification.

“We’ve always felt that he has talent. Obviously, this is an incredible step up in class, no question, but he has some racing under his belt,” Ryan said. “He’s a fit, sound horse. Running him back in 13 days I suppose is an aggressive move but, that said, horses are coming back from the Derby in 14 days.”

Ryan said the plan for Armagnac is to ship to Pimlico on Wednesday, gallop Thursday and Friday over the main track, and run Saturday.

“He had a good, confidence-building race last Sunday. I thought he got out there and enjoyed himself. You could see he was pricking his ears,” Ryan said. “The one thing that kind of swayed me was he really galloped out with energy. It wasn’t a case that he just kind of got around there and won the race; the case was he won it and he kept on rolling. I just really felt good about that.”