Preakness 2022: Analyzing the preps of the past 15 winners 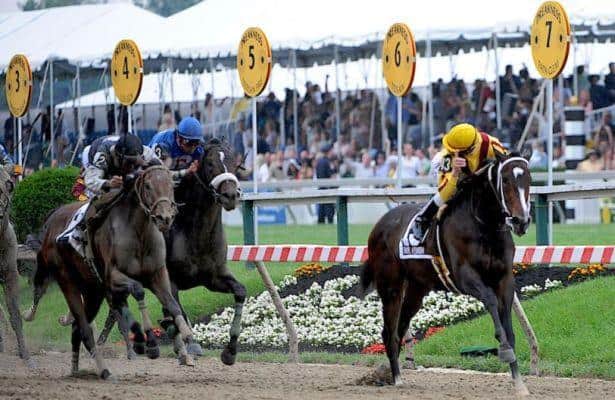 When Exaggerator won the 2016 Preakness, he became the 30th horse in 33 years to win the Preakness after running in the Kentucky Derby. During recent years however; this trend has drastically shifted.

As more and more Kentucky Derby runners skip the Preakness, three of the past five winners did not run in the Kentucky Derby. It has gotten to a point where this year's surprise Kentucky Derby winner, Rich Strike, is among those skipping the second jewel of the Triple Crown.

Traditionally, the majority of Preakness runners exited the Derby. Out of the current 2022 Preakness probables, only three ran in the Kentucky Derby. History has proven that Derby runners must run well to win the Preakness. Looking at Lucky, War at Will and Oxbow were the only Preakness winners that ran worse than third in the Derby in the past 15 years, and all three had compromising trips, which affected their order of finish.

This eliminates Happy Jack, but leaves Epicenter and Simplification in play as contenders.

Talented fillies Swiss Skydiver and Rachel Alexandra  prepped in the Kentucky Oaks prior to beating the males in the Preakness. Secret Oath will take the same route this year. She may not be quite as good as those two fillies, but after watching Rich Strike win the Kentucky Derby, one must wonder if this year's crop of males is as good as the crops that Rachel Alexandra and Swiss Skydiver defeated.

Early Voting is using a similar strategy to that of Cloud Computing. Both colts, trained by Chad Brown, were lightly raced and lost the Wood Memorial prior to the Preakness.

Like last year's winner Rombauer, Rattle N Roll enters the Preakness off a defeat in the Blue Grass. Rombauer, however ran a much more competitive race.

Creative Minister has plenty of upside, but it is important to note that there has not been a Preakness winner with no stakes experience in over 30 years.

Based on history Epicenter in the horse to beat, but the trajectory of Preakness winners in recent years show that Secret Oath and Early Voting are among those that have used a more successful pattern in recent years.

Below we take a closer look at the final prep races for the last 15 Preakness winners.