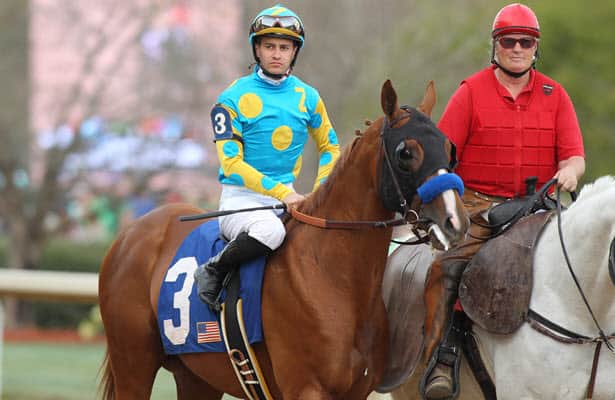 Relocating circuits is a gamble, but it's one that has been paying off so far for jockey Flavien Prat. Having made his mark in California, Prat moved his tack to the East Coast this spring and is set to join one of the most competitive jockey colonies.

Prat had a sensational Keeneland spring meeting, besting all jockeys in the top 10 by wins with a win rate of 23 percent. He ranked third in wins behind Tyler Gaffalione and Irad Ortiz Jr. After guiding Zandon through traffic to a third-place finish in the Kentucky Derby, Prat now will ride regularly on the New York Racing Association circuit, starting with Belmont Park.

To be competitive with jockeys such as the Ortiz brothers, Luis Saez, Joel Rosario, John Velazquez and Dylan Davis, Prat will need to build relationships with smaller outfits and ride in lower-level races. Mounts in stakes races have helped propel Prat’s reputation as a successful jockey, but other riders are getting more opportunities because they have been on the circuit for longer.

For example, Irad Ortiz Jr. is listed to ride more mounts than Prat both Thursday and Friday at Belmont Park. Prat also has been used more frequently by trainer Chad Brown, a barn any jockey on the NYRA circuit wants to make sure they are riding for.

Since moving east, more than a third of Prat's mounts have come for either Brown (7-for-24) or Cox (5-for-12) with gaudy win percentages for both.

Data available on the Horse Racing Nation Jockey Report is limited because most riders were at Churchill Downs last week. But Prat already has established himself positively, according to the HRN Impact Score. Of his three mounts at Belmont Park before last Sunday, May 8, none were favored to win. Victorious in one dirt and one turf race, Prat’s Impact Score ranks higher than Ortiz Jr.’s for now. Overall, Prat is 3-for-6 this year at Belmont. 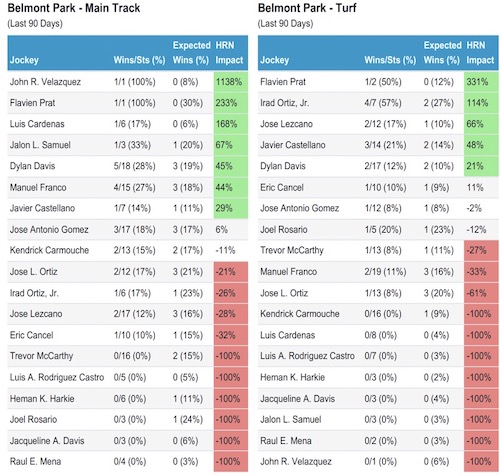 Prat is likely to garner business from all levels of competition if he continues to win at such high percentages. It will be a necessity if he is to remain competitive with other jockeys on the NYRA circuit.
Flavien Prat