Pletcher to decide this weekend where to run Dr Post, Money Moves 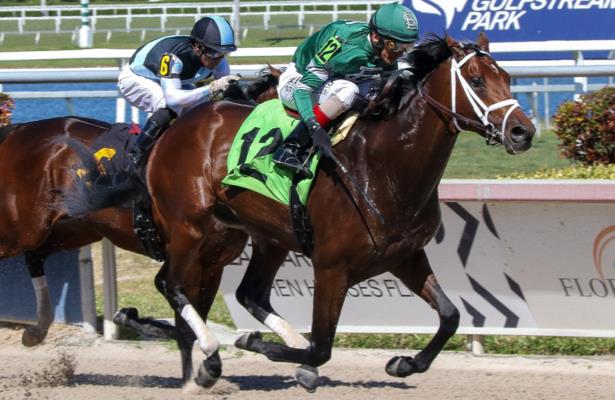 Trainer Todd Pletcher originally was pointing Dr Post to the $3 million Kentucky Derby, but is now keeping his options open and plans to work the horse, along with promising allowance winners Money Moves and Happy Saver, at Saratoga Race Course on Friday morning.

Pletcher said he could determine the next spots for his sophomores by the weekend, with the Grade 2, $150,000 Jim Dandy on Sept. 5 at the Spa and the $100,000 Federico Tesio on Sept. 7 at Laurel Park among the possible spots as well. The Jim Dandy is one of four graded stakes on the final Saturday of the Saratoga summer meet.

"They are all working tomorrow, and we'll finalize plans probably on Saturday and see who will stay here and maybe who will go to Kentucky," Pletcher said. "The Tesio on the seventh is a possibility."

St. Elias Stable's Dr Post was on the Triple Crown trail earlier this year, running second to Tiz the Law in the Belmont Stakes on June 20 that served as the series' first leg this year. The Quality Road colt ran third last out in the Haskell (G1) on July 18 at Monmouth and has earned enough points to qualify for the Kentucky Derby, with his 80 points and $331,035 in non-restricted stakes earnings putting him in eighth for a race that could fill its customary field size of 20.

But the "Run for the Roses" might not be in play for Dr Post, who is 2-1-1 in five career starts, including a win in the Unbridled in April at Gulfstream Park. The move leaves open the possibility that Pletcher, who has saddled more Kentucky Derby contenders than any trainer in history with 54, will not have an entrant in the race for the first time since 2003.

Money Moves and Happy Saver will both face stakes company for the first time in their next starts.

Owned by Robert LaPenta and Bortolazzo Stable, Money Moves won his first two starts at Gulfstream Park before running second by a neck to Prioritize going 1 1/8 miles on a fast Saratoga main track in an optional claimer on July 25. The Candy Ride colt earned a 98 Beyer Speed Figure for that runner-up effort.

Unraced as a juvenile, the Kentucky-bred has flashed the talent that made him a $975,000 purchase at the 2019 Ocala Breeders' Sale.

Wertheimer and Frere's Happy Saver has followed a similar trajectory. Also unraced as a 2-year-old, the son of Super Saver has started his career 2-for-2, posting a 5 1/2-length debut win on Belmont Stakes Day going seven furlongs on Big Sandy before besting an allowance field by four lengths on July 26 at Saratoga going 1 1/8 miles.

"They've run well enough in their allowance races to show they have stakes in their future," Pletcher said. "We'll see if they can handle the step up in class. I think all three are high-quality colts and train accordingly."

If Pletcher chooses to run any of the trio in the 57th edition of the Jim Dandy, the respective colts would again be competing at a mile and a furlong. Dr Post is the only one of that group that has not previously raced at the Spa but has registered three works here already entering Friday.