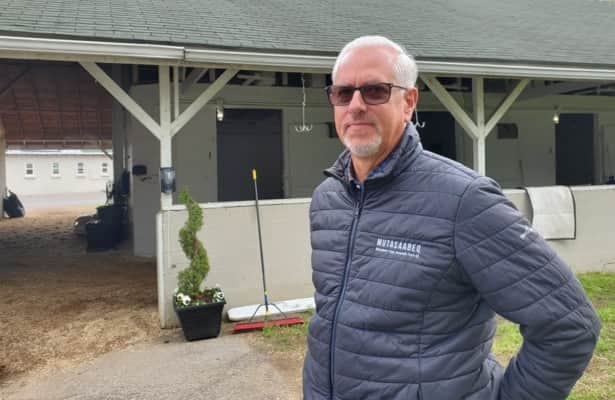 When Life Is Good crossed the finish line two lengths the best in Saturday’s 95th running of the Grade 1, $1 million Whitney at Saratoga Race Course, it marked the fourth time Hall of Fame conditioner Todd Pletcher was awarded the trophy for the historic nine-furlong event for older horses.

Looking back on past wins with Left Bank (2002), Lawyer Ron (2007) and Cross Traffic (2013), Pletcher acknowledged how difficult it is to find the winner’s circle in the Whitney, noting the duality between the two heartbreaking losses he suffered when second with Quality Road in 2010 and Liam’s Map in 2015, and the highest honors he achieved with his four victors.

“It feels great (to win again). We’ve been fortunate to win four now and I would say two of the toughest beats we have ever taken were in the Whitney, too, with Quality Road and Liam’s Map,” Pletcher said. “So, we never take for granted how hard they are to win.”

Life Is Good, a son of Into Mischief owned by CHC Inc. and WinStar Farm, continues to prove his place as the leader of the older male division, building upon a victory in the Pegasus World Cup Invitational (G1) to kick off his 4-year-old campaign in January at Gulfstream Park and a runaway score in the John A. Nerud (G2) as his final race before the Whitney on July 2 at Belmont Park.

He found Whitney glory with his usual frontrunning tactics, breaking sharply from the outermost post 5 under Irad Ortiz Jr. and making every step toward the finish a winning one. He completed the nine furlongs in 1:48.97 and was awarded a 107 Beyer Speed Figure, his eighth consecutive triple-digit figure.

Pletcher said Life Is Good’s class not only allows him to excel on the racetrack, but to do so despite difficulties like the ones he faced on Saturday, with the main track rated as good and harrowed and temperatures in the low 90s with high humidity.

“He’s a super special horse. He’s so consistent not only in his races, but in his daily routine. He’s eager to please every day,” Pletcher said. “I was concerned about all of those variables, and we got a downpour that I kind of didn’t know what condition that would leave the track in. Then it got real steamy and humid and super-hot. The track all meet has been super challenging, but he was able to overcome it all.”

With his Whitney victory, Life Is Good has received a berth to the $6 million Breeders’ Cup Classic on Nov. 5 at Keeneland. Should he run in the Classic and not in the Dirt Mile to defend his 2021 title, it would be the second time Life Is Good has raced at the 1 1/4-mile distance. His first try was a weakening fourth in the Group 1 Dubai World Cup in March at Meydan Racecourse in his lone off-the-board finish through 10 starts.

Pletcher said he expects Life Is Good to handle stretching out again after his strong performance in the Whitney.

“I think yesterday was kind of the race that was going to tell us which direction to go, and I think based on that, we’d be looking at the Classic,” said Pletcher.

It is possible that Life Is Good could get one more start before the Breeders’ Cup with Pletcher not completely ruling out an engagement in the $500,000 Woodward (G1) on Oct. 1 during the Belmont at the Big A fall meet.

There were more Whitney celebrations for Pletcher and his team as his other entry, Happy Saver, ran tenaciously to stave off an outside bid from Hot Rod Charlie to hold onto place honors behind Life Is Good. The 2020 Jockey Club Gold Cup (G1) winner has now finished second in his last five appearances, all at the graded level.

Pletcher said the son of Super Saver continues to impress despite missing the winner’s circle.

“He shows up every time and runs his race,” Pletcher said. “He put in a good showing and gave him (Life Is Good) a little run for his money there. We’re proud of his effort.”

Happy Saver has now placed in four Grade 1 races since his Jockey Club Gold Cup win, including behind top older horse Flightline in the Hill ‘n’ Dale Metropolitan Handicap on June 11 at Belmont and the Clark Handicap in November at Churchill Downs.

Pletcher said he is unsure whether Happy Saver will go for another Grade 1, $1 million Jockey Cub Gold Cup title on Sept. 3 at the Spa.

“I don’t know. We’ll have to see how he bounces out of it and come up with a game plan on where he’ll go next,” said Pletcher. “He’s always ready to go and versatile enough – he’s run well at a mile, a mile and a quarter, a mile and an eighth – so we have plenty of options.”

While Happy Saver’s next start is still to be determined, Pletcher’s other star older horse, the New York-bred Americanrevolution, winner of the Cigar Mile Handicap (G1), scratched from the Whitney in favor of setting his sights on the Jockey Club Gold Cup.

Pletcher said he had entered Americanrevolution, who is also campaigned by CHC Inc. and WinStar Farm, with the hope of rain in the forecast after he showed an affinity for a wet track when scoring an 11 3/4-length victory in the Empire Classic last year at Belmont over a sloppy and sealed Big Sandy.

“He’s doing well. We’ll target the Jockey Club. At first, we thought he appeared to really like the off track in the Empire Classic last year, so we were kind of covering that base,” said Pletcher. “Really, we thought if everything was a go with Life Is Good, we were most likely just going to wait on the Jockey Club. But if something would have went amiss with Life Is Good, we didn’t want to be in a position not to run him if it came up that way. But thankfully, it all worked out.”

One race after the Whitney, Pletcher sent out a trio of promising contenders in the Saratoga Derby Invitational (G1) but was compromised by a turf course that held moisture following afternoon showers. Pletcher was represented by graded-stakes-winners Annapolis, Grand Sonata and Emmanuel.

Annapolis, who was ridden by Irad Ortiz and finished the best of the three with a game second behind the victorious Nations Pride, was once again second-best due to trouble over softer going. Two starts prior, he finished second in the Penn Mile (G2) in June over a very soft Penn National course.

“Annapolis came out of it really well,” said Pletcher. “I thought he ran great. Irad felt the turf had a little more cut to it than he really wanted and all three of my riders came back and commented that the ground was softer than they anticipated it would be.”

Grand Sonata, who was previously a close fourth in the Grade 1 Caesars Belmont Derby Invitational, could only manage to best two rivals and finished a distant eighth after he “couldn’t get a grip of the course.”

As for Pennine Ridge (G2) winner Emmanuel, Pletcher said the More Than Ready colt’s last-place effort had an excuse.

“Emmanuel had a bit of a temperature this morning, so I think that’s why he didn’t run to his capabilities,” said Pletcher.

The Saratoga Derby was the second leg of the Turf Triple Series, which concludes on Sept. 17 in the 1 1/2-mile $1 million Jockey Club Derby (G3), during the Belmont at the Big A meet. Pletcher said he will take some time to consider each of his three runners for the final leg.

“I don’t know. The mile and a half is what we have to think about there,” said Pletcher. “There’s plenty of options, but we’ll give it a week or so and figure it out.”

Aside from his graded success on Saturday, Pletcher enjoyed a strong allowance performance in Race 8 from the royally bred Saint Tapit, the chestnut colt out of 2010 Horse of the Year Havre De Grace who took the seven-furlong sprint by 1 1/2 lengths over good and sealed going for owner/breeder Whisper Hill Farm.

Pletcher said it was rewarding to see the son of Tapit build upon a four-length debut win on June 26 at Belmont and that a step up in class may be in order for his next outing.

“That’s a nice horse. He’s been great in both of his starts and I feel like he’s one that wants to run further,” said Pletcher. “We’ll try to figure out a spot to stretch him out. I just need to figure out where.”