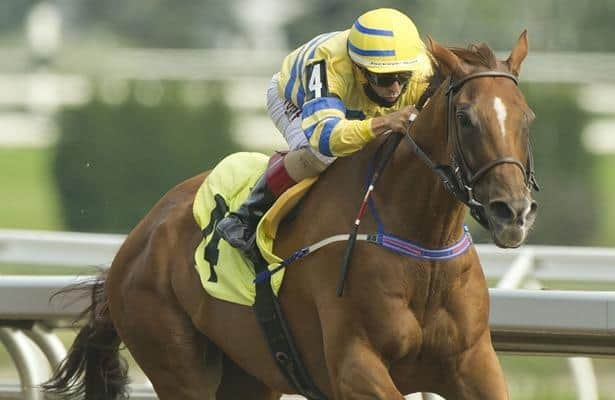 The chestnut son of top sire Old Forester comes into the race off back-to-back runner-up performances in the Jacques Cartier (G3) and Vigil (G3), contested on June 20 and Aug. 1, respectively.

“He’s like me, he’s getting old,” quipped the 71-year-old Tiller, who will also send out Reconfigure. “He was tons the best in his last race, and he should have won it easily. He was in tight – that’s the kind of luck I’ve had lately with three or four of my horses – and grabbed a couple of times. If you watch the replay, you’ll see how much the best he was.”

The gelding, who sports a record of 26-3-2 from 35 starts, is also one of the most decorated Thoroughbreds to ever have raced at Woodbine.

Add in four straight scores in the Vigil Stakes and Jacques Cartier Stakes, along with three triumphs in both the Shepperton and Kenora, and the veteran campaigner, bred in Ontario by John Carey, ranks as one of Canada’s all-time great equine stars.

“They’re not supposed to be running at the age of 9 with the best horses in the country, sprinting against younger horses,” said Tiller. “But he is. We’re taking another shot at it. We’ve had two seconds in two starts this year. We’re looking forward to running him, and we’ll see how he runs. Any race could be his last race, there’s no question about that. But he’s doing really well.”

According to Tiller, it’s all systems go for Pink Lloyd ahead of his latest engagement.

“He still acts like a 4- or 5-year-old. I’m really pleased with him. We’ll see what happens. If we get one more stake with him – he’s won so many of them – that would be amazing. Frank (Di Giulio), one of my great owners and great friends, said to me that we really wanted to win that race last time out. It didn’t happen because of traffic problems, but if we could win one more with him, just to prove how great this horse is … if that was meant to be, that would be amazing. But the most important thing is that we’ll always do what’s right for him. We love him. He’s one of the greatest horses in the last 50 years.”

Tiller, who has 2,054 career wins, likes what he sees in his stable star ahead of the Bold Venture test.

“I think we’re going to run really, really, really big. He doesn’t know he’s 9. He’s happy, very happy. We’ve pointed him for this race, so let’s hope for the best, and that he runs his race.”

Also on tap Saturday is the running of the $125,000 Duchess Stakes.