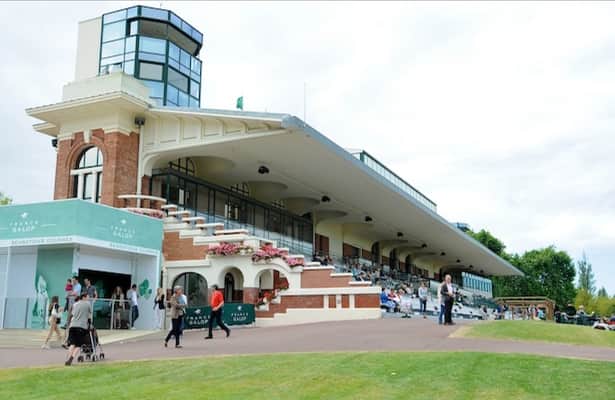 In June at Royal Ascot, he won the Norfolk Stakes (G2) and secured an automatic starting position into this year’s $1 million Breeders’ Cup Juvenile Turf Sprint (G2). The Morny was also a qualifier for that Nov. 5 race at Del Mar.

The Breeders’ Cup Challenge Series is an international series of 84 stakes races whose winners receive automatic starting positions and some fees paid into a corresponding race of the Breeders’ Cup.

Sunday’s six-furlong win at 3-1 odds was Perfect Power’s first Group 1 success. Settled near the rear of the 14-runner field under Christophe Soumillon, the 2-year-old son of Ardad out of the Frozen Power mare Sagely showed all his class when battling past Trident (14-1) in the final stages of the race to win by 1 1/4 lengths. Third place went to trainer Alan King's Asymmetric (4-1).

Perfect Power completed the race in 1:10.81 with no run-up on a course rated as good to soft.

"I'm just delighted. it looked a very solid race there today," winning trainer Richard Fahey said. "Christophe gave him a very confident ride, and it got tight for two strides or so, but he came through it, which was great. It's been a frustrating enough year, but this is just what the doctor ordered. It's why we do it and why we're in the game."

The Juddmonte Middle Park Stakes (G1) at Newmarket on Sept. 25 is next on the agenda for Perfect Power.

"He'll definitely go for the Middle Park next," Fahey said. "It's not often you make a plan for a horse, but the two races myself and Sheikh Rashid mentioned were the Prix Morny and then the Middle Park, and it's very nice to have one in the bag already."