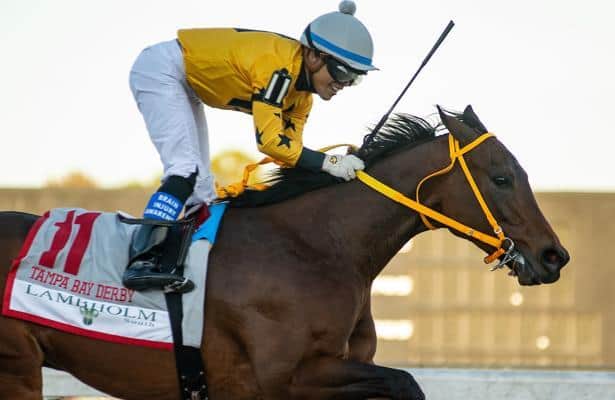 After deciding to skip Saturday's Grade 1 Pegasus World Cup, the connections of King Guillermo are setting their sights out west.

Trainer Juan Carlos Avila said Monday that the 2020 Tampa Bay Derby (G2) upset winner is in "perfect" shape to prep for the March 6 Santa Anita Handicap (G1). He did not say if the Uncle Mo colt would race before the Big 'Cap.

King Guillermo has been working at Gulfstream, breezing six furlongs in 1:15.92 on Saturday.

He finished second behind Nadal in the Arkansas Derby (G1) and then trained for the Kentucky Derby. But he was scratched two days ahead of the race after spiking a fever. He did not race again until the Dec. 5 Cigar Mile Handicap (G1), where he finished fourth.