Penn Derby: See the draw for the $1 million race at Parx 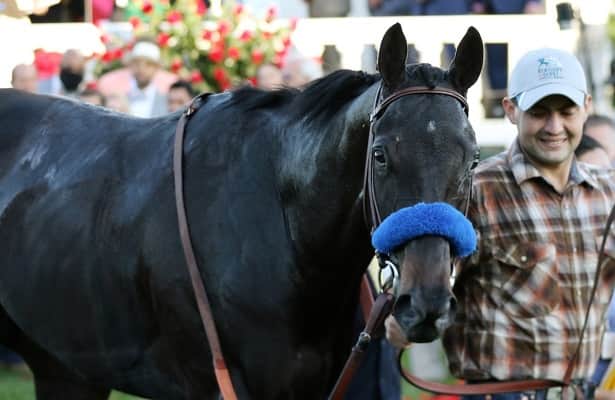 Shipping out of California for the first time since he finished third in the Preakness, Medina Spirit (2-1) drew post 9 in a field of 10 and was made the morning-line favorite for the Grade 1, $1 million Pennsylvania Derby on Saturday at Parx Racing.

The 1 1/8-mile feature for 3-year-olds and the $1 million Cotillion Stakes (G1), a 1 1/16-mile race Saturday for 3-year-old fillies, were filled during draws Monday afternoon.

Still the Kentucky Derby winner – but with the asterisk of a positive drug test – Medina Spirit will be ridden again by John Velázquez for trainer Bob Baffert. With the same connections, the 3-year-old Protonico colt won his most recent start, the Shared Belief Stakes on Aug. 29 at Del Mar.

Belmont Stakes runner-up Hot Rod Charlie (5-2), who finished third in the Kentucky Derby, gets another shot at Medina Spirit on Saturday. He was drawn into post 7. Trainer Doug O’Neill again has called on Flavien Prat to take the ride. The Oxbow colt will be racing for the first time since he was disqualified from his first-place finish July 17 in the Haskell (G1) at Monmouth Park.

9 are entered in the Cotillion

Private Mission, a lightly raced stablemate of Medina Spirit, drew post 7 and could attract most of the money among the nine fillies in the Cotillion.

After she missed last winter and most of the spring, the Into Mischief filly won both her starts this summer. She ran away to a 6 1/2-length triumph Aug. 21 in the Torrey Pines (G3), going one mile at Del Mar. Prat will ride Private Mission for Baffert.

Clairière in stall 6 and Army Wife in 5, second and third, respectively, last month in the Alabama (G1) at Saratoga, also were entered. Although she has lost her last five starts, Clairière has finished in the money 7 of 8 times for Steve Asmussen. Army Wife won the Black-Eyed Susan (G2) and Iowa Oaks (G3) for Mike Maker.

Graded-stakes winners Maracujá in post 4, Obligatory on the rail, Leader of the Band to the outside and Will’s Secret in stall 3 are also in the field, along with Always Carina in 8 and Allworthy in 2.

After rain during the middle of the week, Parx Racing in Bensalem, Pa., is forecast by the National Weather Service to be sunny Saturday with a high near 74 degrees.