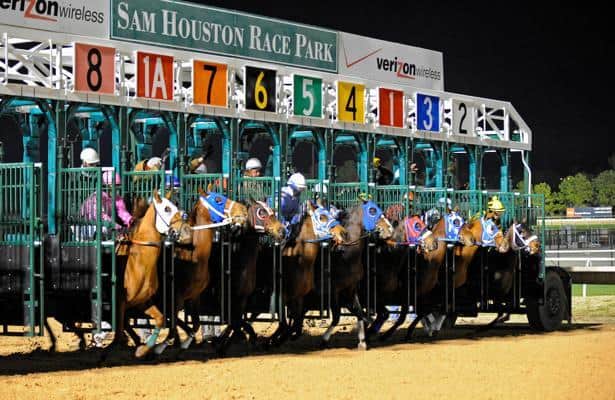 Nominations have closed for the Houston Racing Festival at Sam Houston Race Park. The annual event, featuring six stakes and purses in excess of $1 million will be contested on Sunday, Jan. 30 with a special afternoon post time of 1:45 pm (CT).

Inaugurated in 2013, the Houston Ladies Classic was awarded its graded status by the American Graded Stakes Committee in 2016.

Each year, the mile and one-sixteenth main track feature has produced an exceptional runner who advanced to Grade 1 victories and captured national headlines.

This year’s Houston Ladies Classic, which will run with a purse of $400,000 (up from $300,000), closed with 26 nominations. Hall of Fame conditioner Steve Asmussen has nominated Pauline’s Pearl. The Stonestreet Stables LLC homebred exits a victory in the $200,000 Zia Park Oaks on November 23. She began her 3-year-old campaign at Fair Grounds before running second in the Grade 3, Honeybee and winning the Grade 3, Fantasy Stakes last April at Oaklawn Park. The daughter of Tapit out of the Dixie Union mare Hot Dixie Chick has earned $733,300 in 10 career efforts.

Asmussen, who has won 13 Sam Houston Race Park leading trainer titles, will be seeking his third win in the Houston Ladies Classic. He won in 2019 with Midnight Bisou and 2020 with Lady Apple.

Queen Goddess has been nominated by trainer Michael W. McCarthy. Owned by Eclipsed Thoroughbred Partners and TOLO Thoroughbreds Inc., the 4-year-old filly by Empire Maker has three wins from six starts. She captured the Grade 1, $300,000 American Oaks on December 26 at Santa Anita Park in gate-to-wire fashion after the race was washed off the turf and moved to dirt. The Houston Ladies Classic would be her second main track start.

Trainer Brad Cox, who won the 2018 Houston Ladies Classic with Tiger Moth, has nominated three fillies for this year’s championship. Juddmonte Farms Amendment Nineteen is a stakes-placed daughter of Constitution, who made her last start at Oaklawn Park, running second in the $150,000 Misteltoe. Kueber Racing LLC’s Coach competed in the 2021 Kentucky Oaks, and was victorious in the Pippin on January 8 at Oaklawn. His third filly under consideration is Matera, a 5-year old mare by Tapit, who won three of her five starts in 2021.

Nominations were strong for the Grade 3, $200,000 John B. Connally Turf Cup, at the distance of one and one-half miles with 43 nominations received by the Sam Houston Race Park racing office. Mike Maker, who has won the Connally a record seven times, has nominated 11 turf specialists. Three Diamonds Farms, who won three previous editions with Bigger Picture, owns three nominated turf specialists; Cross Border, Tiberius Mercurius and Tide of the Sea,

The John B. Connally Turf was awarded Grade 3 status in 2006 and boasts a solid roster of past winners including Chorwon, Fort Prado, Rod and Staff as well as three-time champions, Candid Glen and Bigger Picture.