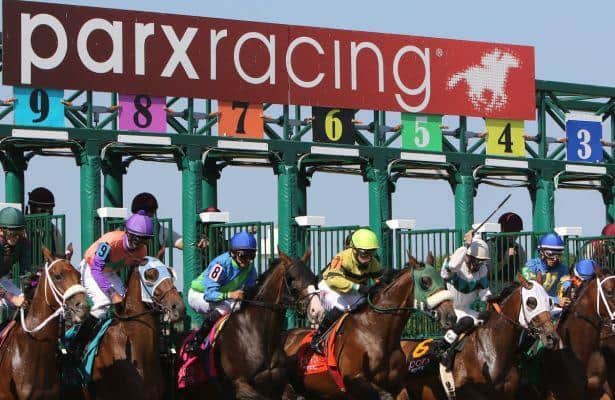 An outbreak of COVID at Parx Racing in Pennsylvania has sidelined a number of jockeys, including leading rider Mychel Sanchez.

I Have not symptoms and feel perfectly fine but tested positive for Covid?????? good luck to all I’ll be back in 2 weeks ?????? pic.twitter.com/V8bnsy6QBq

Joey Hampshire, Sanchez's agent, said the jockey tested positive on Friday and is quarantining for 14 days. He said he believed six riders had tested positive.

"But the track is going on, we have plenty of riders here," he said Monday morning.

With 120 wins in 564 starts this year, Sanchez has a 30-win lead in the standings and was drawn for eight mounts Monday.

Hampshire said that Sanchez, who has shown no symptoms, "is really heartbroken over this. We’ve had a great year, and he wants to continue out the year. But I think he’s even going to make an attempt to go get retested because he feels so good that he thinks it’s a false positive."

An official in the Parx racing office confirmed Monday that there are "a bunch of jockeys who aren't riding today." He said he was not able to identify them because some are out with COVID and others are taking days off out of precaution.

The Parx official also said that, effective Monday, jockeys are not allowed on the backstretch.

Ten races are carded each of the next three days, including Monday's card, which starts at 12:25 p.m. ET.