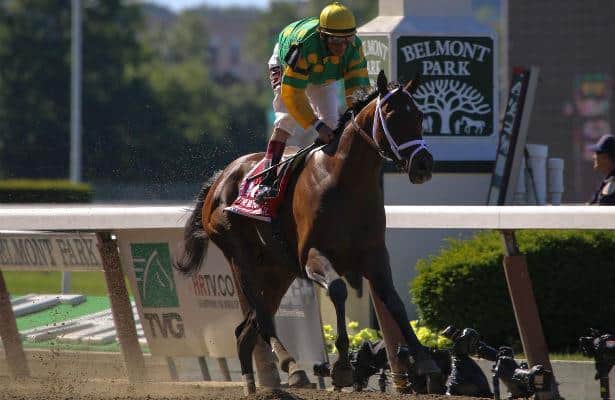 Set to make his first start since May, multiple Grade 1 winner Palace Malice will headline the $100,000 Alydar at 1 1/8 miles for older horses on Sunday at Saratoga Race Course.

Trained by Todd Pletcher for Dogwood Stable and Three Chimneys Farm, the 5-year-old son of Curlin makes his return to the races after finishing third in the Diablo Stakes on May 10 at Belmont Park. He was scheduled to enter the Grade 1 Metropolitan Mile Handicap on June 10 before being sidelined with a bone bruise to his left hind cannon bone.

"Well, we've had a rather uneven preparation for the races," said Cot Campbell, managing partner of Dogwood Stable. "He's had two or three very minor problems but they've cost us some pain and time. We've been getting him ready to get back up and going again. We're very excited about getting him back and we hope to have a great rest of the year with him."

Committed to racing Palace Malice as long as he is healthy, he hopes to use the Alydar as a springboard towards to the Grade 1 Woodward on September 5 at the Spa, with the long-term goal the Breeders' Cup Classic.

"We didn't want to haul off and run him quickly, but the Alydar will hopefully be the start to a great campaign," said Campbell. "That will be productive toward the Woodward and a couple of races in the fall in hopes of the Breeders' Cup. He worked exceedingly well and is on his 'A' game."

Hitting the Saratoga main track on Sunday, July 26, where he won the 2013 edition of the Grade 2 Jim Dandy, Palace Malice looked like his old self, working five furlongs in 59.30 seconds to earn a bullet work at the distance.

"He looked very good," said Pletcher. "I thought he went very well. When he's on his 'A' game he's a super horse and it looks like he's rounding back into form."

Trainer Kiaran McLaughlin is set to enter Bay of Plenty for Godolphin Stable. A 4-year-old son of Medaglia d'Oro, the dark bay colt has one second-place finish at the distance from eight career starts; coming in the Grade 3 Discovery Handicap last November at Aqueduct Racetrack. Last out, he faced a difficult trip in the Met Mile being checked early and traveling four-wide most of the way to finish ninth.

"He's doing very well," said McLaughlin. "It's a tough race but he's training well and we're going to run. In the Met Mile he just really had a tough trip. He got slammed out of the gate and knocked sideways; so we're just throwing that race out."

Cutting back to 1 1/8 miles for the Alydar, 6-year-old multiple graded stakes winner Neck 'n Neck will try to get back to his old form for owner Ted Mitzlaff and trainer Ian Wilkes. In his most recent race he traveled three-wide most of the way to finish fourth in the Grade 2 Suburban Handicap on July 4 at Belmont.

Noble Moon enters off a second-place finish in an optional-claiming race at Belmont on a sloppy track, where he picked up a 90 Beyer Speed Figure. Trained by Leah Gyarmati for Treadway Racing Stable, the 4-year-old colt finished fouth in last year's Grade 1 King's Bishop at Saratoga and is coming into the race in good form, according to Gyarmati.

"He's doing really well," said Gyarmati. "He's been up here the whole meet. We were trying to give him some easier spots because we've been putting him in every time against monsters. He was fourth in the [Grade 2] Pennsylvania derby and he was fourth in the King's Bishop.  He ran into some monster in each of those races. But, he's doing really well."