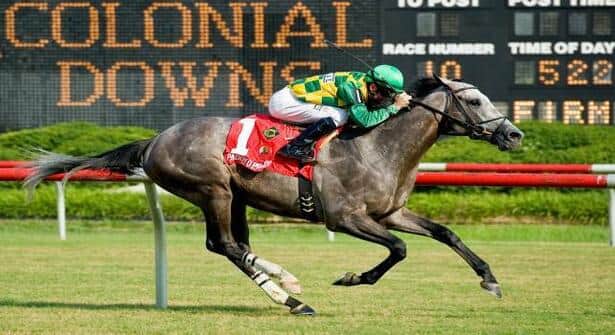 The Dale Romans trainee is the overwhelming 4-5 Dixie favorite and for good reason. Although he has placed in graded races on dirt and synthetic, Paddy O'Prado is clearly better on turf. He won four graded events on the lawn including the Virginia Derby and Secretariat last summer.

He ended his productive 3-year-old campaign with a respectable 5th pace finish in the Breeders' Cup Classic and makes his first start in more than six months on Saturday. Kent Desormeaux takes his usual place on back of the gray El Prado colt and he does not have to be fully cranked to win this.

The 8-horse Dixie field could be reduced by scratches. Eighttofasttocatch is cross-entered in the William Donald Scahefer Memorial and Grand Rapport might go in a $60,000 turf stakes event at Belmont Park on Sunday.

Baryshnikov could give Paddy O'Prado a run for his money. The vastly improved 5-year-old son of Empire Maker has captured five of his last six starts and should make his presence felt throughout under Julien Leparoux.

Lonely Whistle, Slews Answer, and Bim Bam round out the competition. 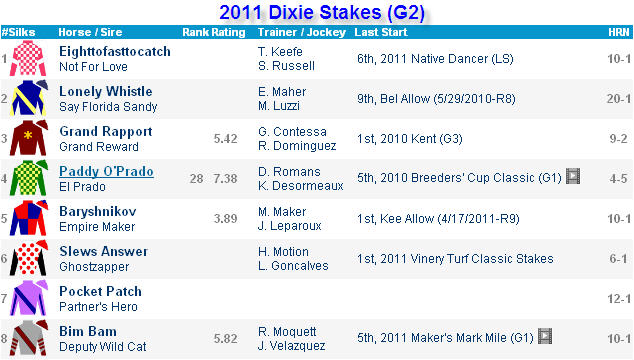