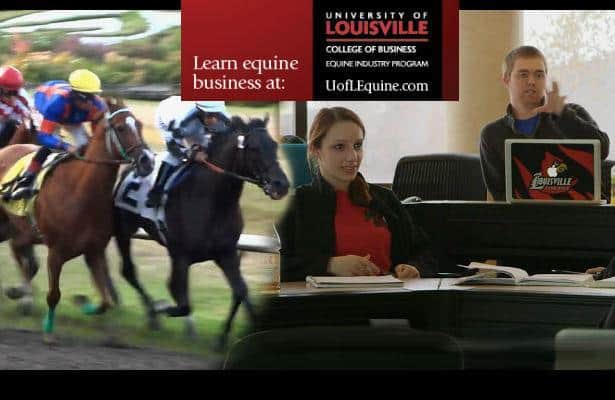 Like the opportunities to race them, owning Thoroughbreds comes in all shapes and sizes. The University of Louisville’s Equine Industry Program speaker series will address those opportunities with a panel of owners at 6:30 EDT on Nov. 12 following the Claiming Crown at Churchill Downs..

UL and Horse Racing Nation are conducting the event in the Starting Gate Suites at the legendary racetrack. HRN Vice President of Content Ed DeRosa will moderate. The panelists are:

The panel will stream live on Horse Racing Nation’s Facebook page as well as its other social media channels. The event is open to the public. For tickets, contact Kim Spear at University of Louisville at kimberly.spear@louisville.edu or 502-852-7727. Admission includes a day at the races as well as the event. 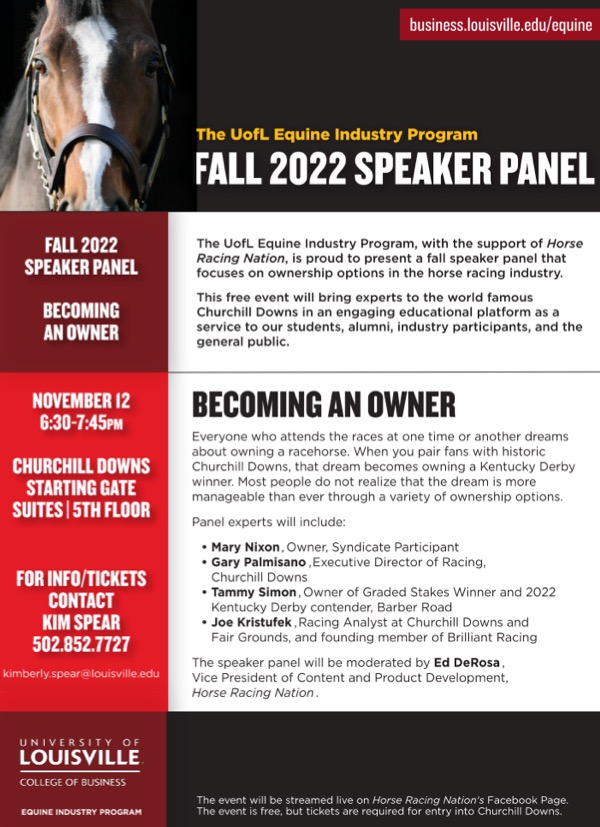