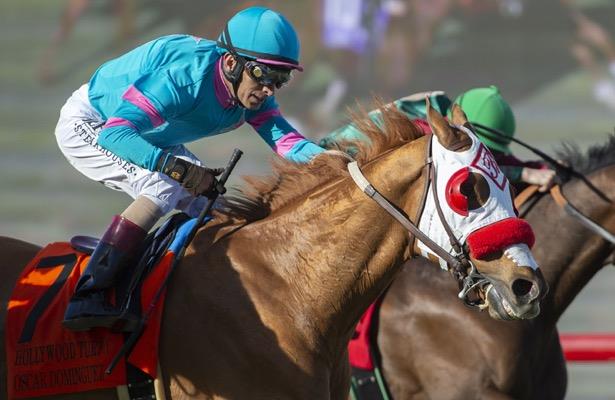 Oscar Dominguez, who pulled off an upset of United at odds of 11-1 in the 2019 Hollywood Turf Cup, is entered to defend the title when the Grade 2, $200,000 event is run for the 39th time overall and the seventh at Del Mar on Friday.

The now 7-year-old Irish-bred gelding, owned by Nancy Messineo and Bruce Sands and trained by Richard Baltas, rallied from last of 10 with a mile to go in the 1 1/2-mile marathon to win by a neck under Hall of Fame jockey John Velazquez last year. Another top rider from the East, Irad Ortiz Jr., will be aboard on Friday as Oscar Dominguez seeks to end an 0-for-5 record in 2020 that has followed the Turf Cup score.

Among the other entrants are two who made their last appearance in the Breeders' Cup Turf: Brad Cox-trained Arklow, who finished sixth, and Philip D'Amato's Acclimate, who finished ninth.