Ortiz vs. Ortiz: How do the numbers stack up? 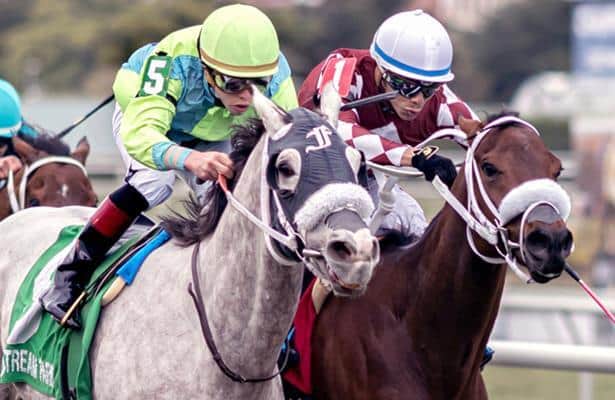 How should bettors react to word that jockey Jose Ortiz decided to spend the winter at Aqueduct instead of Gulfstream?

To get some idea, Horse Racing Nation looked at how he and his brother, Irad Ortiz Jr., fare when they face each other versus when they do not. We compared their figures for career starts at Gulfstream.

Irad Ortiz has 1,181 starts at Gulfstream in races where his brother did not have a mount. He won 310 of those starts, a strike rate of 25.25 percent.

Jose Ortiz has 608 starts at Gulfstream in which he did not face his brother. He won 106 of those, for a strike rate of 20.72 percent.

Maybe it would be easier to look at it this way:

Bottom line? Each of these stars is more successful when they are not facing the other – which stands to reason when you consider the success each has had.

"They are two of the best jockeys in the world. It's a unique situation where you have two brothers that are this great at something," said Jose Ortiz' agent, Jimmy Riccio.

"In some other sports, you've seen it with like the Mannings or whatnot, but they don't play each other every week. These guys race against each other daily. And they're getting good horses to ride. So they're both successful, but it's their talents that have gotten them here and their hard work. It would be harder to race against someone – brother or not – that talented. So if you take a few of those guys out of the pool, you'll see more success from from a jockey if you studied any two maybe."

Riccio told HRN earlier this month that Ortiz decided to remain in New York mainly for family reasons, and he explained further this week.

"In a year, Jose's daughter will be going to kindergarten. So I guess if they went to school in Florida, the family would have to leave in like August because they start early. And Jose'll be in Saratoga. And he's just a family guy and wants his family around him and his young children. And it's better for him that way. And we also think that it's better for business as well. So we're going with it."

Riccio noted that Ortiz could travel to Florida on the weekends for big races at Gulfstream, which has several Kentucky Derby prep races on its winter calendar, including the Florida Derby (G1).

Aqueduct features six 2022 Derby points races, with four during the winter meet, including the Gotham (G3) on March 12.