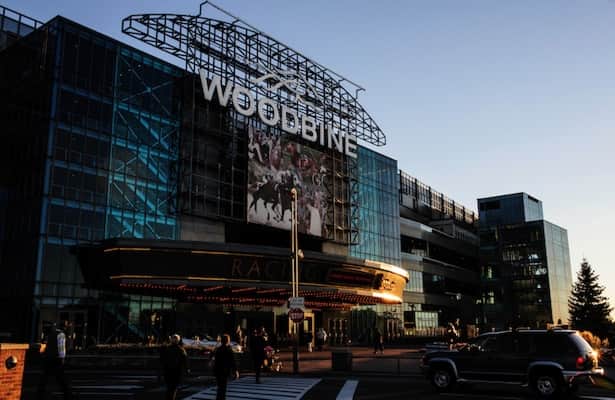 Woodbine-based trainer Robert Gerl has been suspended for 20 years and fined CDN$100,000, or US$78,919, by the Alcohol and Gaming Commission of Ontario, in response to horses under his care who tested positive for the drug ostarine (enobosarm). The suspension was first reported by Daily Racing Form.

Ostarine is a selective androgen receptor modulator used by some athletes to increase stamina and fitness by stimulating androgen receptors. The AGCO classifies ostarine as a "non-therapeutic" substance, with no therapeutic value to the horse. Ostarine has not been approved for human use by Health Canada, the United States Food and Drug Administration, or a similar body in another country.

Gerl trainee Arafat finished second in a maiden optional claiming race at Woodbine on Oct. 7, 2021. On Oct. 15, another Gerl trainee named Komunist finished fourth in a maiden claiming race, also at Woodbine. Each of these horses were positive for ostarine after their races. In addition, AGCO found one horse in Gerl's barn who tested positive for ostarine in out-of-competition testing, though AGCO did not identify that horse.

Ostarine is sold in unregulated supplements for both humans and animals. Human athletes have been suspended and disciplined for positive ostarine tests in multiple sports, including the British 4x100m relay team being stripped of their 2020 Olympic silver medal due to a runner testing positive for both ostarine and another selective angrogen receptor modulator.

“The health and welfare of racehorses, and the integrity of racing are of primary concern to the AGCO,” stated Chief Executive Officer and Registrar Tom Mungham in a news release. “We will continue to take all appropriate actions to protect horses and maintain the fairness of racing. The administration of prohibited substances, especially non-therapeutic drugs, have no business in the sport, and positive test results can lead to severe consequences for licence holders.”

Arafat and Komunist have both been ordered unplaced in their races, and AGCO has ordered the purse money to be returned for redistribution. Under AGCO rules, Gerl has the right to appeal the decision to the Horse Racing Appeal panel, an independent body convened to review appeals to AGCO decisions.