On the job with NYRA track chaplain Chavez: 'A real tower of strength' 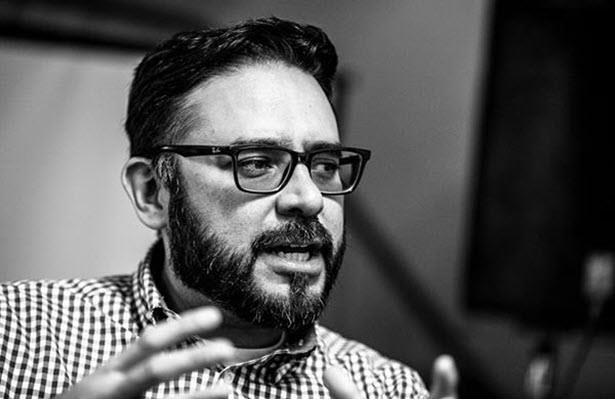 Chaplain Humberto Chavez has a few minutes to spare, or so he thought.

It is early afternoon at Belmont Park and Chavez, who heads the New York division of the Race Track Chaplaincy of America, is in the midst of another work day that he suspects won't end until nightfall. So it goes with tending to the needs of the men and women of the backstretch in this age of coronavirus (COVID-19).

"Every day brings its own challenges, and by all means we don't know what's going to be different from the day before," said Chavez as his phone buzzes, a text comes in, then another, and he has to run. "Sure, the work has been non-stop since coronavirus struck. It feels like a Saratoga day. But I'm blessed and privileged to do what I can to help minister and uplift the spirits of people here."

Though the New York Racing Association has suspended live racing because of the coronavirus outbreak in New York, daily care of the more than 1,300 horses stabled on Belmont Park's backstretch continues under the watchful eye of the nearly 600 men and women living and working at Belmont Park.

It has been a busy day already. Earlier, Chavez and his team unloaded and distributed goods from the backstretch food pantry. Chavez also texted out several of his daily health & safety tips, which reach about 90 percent of the backstretch workers, many of whom are native Spanish speakers. And he and his team completed their usual rounds through the barn areas -- careful to practice social distancing while communicating the protocols if someone felt sick, handing out hand sanitizer, and serving as a reassuring presence at a difficult time.

"There's a range of concerns, starting with a lot of anxiety, fear and just getting food on the table, all of which we're here to help people deal with," said Chavez. "On the other end are those diagnosed with coronavirus. We're here for them too. We're praying for them, giving them support, and passing along supportive messages while helping to coordinate food deliveries.

"It's very much a team effort at the New York Race Track Chaplaincy, hardly a one-man job," he added. "And NYRA and NYTHA (the New York Thoroughbred Horsemen's Association) have been extremely helpful during this whole process -- making sure that we're equipped to help our backstretch community."

Glen Kozak, NYRA's senior vice president for operations and capital projects, said it's hard to put into words all that Chaplain Chavez has meant for the New York racetrack community at a time of uncertainty and fear.

"You look for people to step it up when things get challenging, and Humberto has done that in every way possible," said Kozak. "He's part social worker, adviser, counselor and just a real tower of strength when people really need help. Humberto is one of the most effective and valuable people on the backstretch."

The Racetrack Chaplaincy of New York office operates out of a trailer just inside Gate 6 at Belmont Park that includes the food pantry. Together with the Backstretch Employee Service Team (B.E.S.T.) and the Belmont Child Care Association (BCCA), which operates Anna House, a childcare and early-childhood education facility at Belmont Park for backstretch families, it forms the backbone of the New York racing community's close-knit backstretch support network.

Born in Mexico City, Chaplain Chavez, 43, migrated to U.S. with his single mother when he was 11. He was making six figures a year running his own Long Island construction company when he felt the calling to a more spiritual pursuit. He began working part-time as a co-pastor at his brother-in-law's church, across the street from Belmont Park, and doing outreach with the track workers. When the full-time chaplain left in 2003, Chavez, a non-denominational Christian, joined full-time; his wife, Karen, is the Chaplaincy's general manager.

Some 17 years later, the Chaplaincy continues to be there for its "flock" -- the backstretch workers, many of whom are from Mexico, Guatemala, Panama, Chile and Peru -- on any and all matters. Although the Monday chapel services and other programming are on hiatus, the usual issues continue for backstretch workers, such as loneliness and being away from their families.

But in the age of coronavirus, the Chaplaincy is "filling the gaps," as Chavez put it, in ways he never would have imagined. It serves as interpreters when the EMS crew show up. And it continues to use about $40,000 raised during its current fund raising drive to buy and distribute food from the pantry -- a critical lifeline at a time when many track workers are hesitant to even go to the supermarket.

"Never in my wildest dreams did I ever think this was something I'd be doing as a chaplain," said Chavez. "But God has put me in what I believe is the right place at the right time."