Ocean Breeze may 'head to the big races' off Churchill score 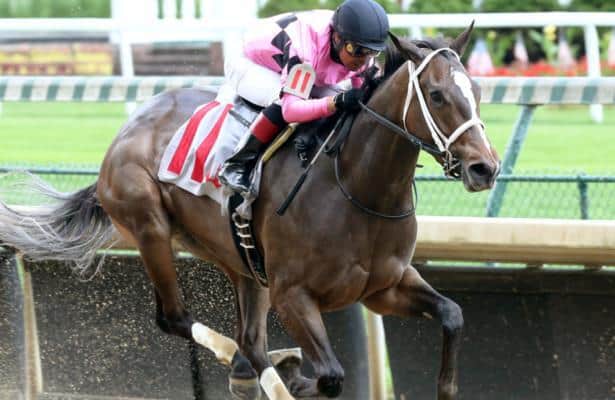 In breaking her maiden Monday at Churchill Downs, Ocean Breeze validated connections' opinions of the 3-year-old daughter of Curlin.

"We thought she was very good," trainer Wayne Catalano said Tuesday. "We had high hopes for her. She was training like a good horse, and now yesterday she proved it to us."

The six-furlong maiden special weight race at Churchill was the second out for the Gary and Mary West homebred, and she prevailed by 8 1/4 lengths in 1:16.56 under jockey Martin Garcia.

It was a big improvement over the filly's first effort on April 19 at Oaklawn Park, where she finished fourth over a sloppy track. Catalano cited several factors for throwing out that result, including an "unbelievable rainstorm right before her race" and Ocean Breeze's rail post position in a field of 12.

But, the trainer added, "That race was kind of like a little experience race for her. She got a lot out of it."

As for what's next, Catalano said that's yet to be determined. "We'll come up with a plan. We'll see if she's good enough to head to the big races."

Upcoming one-turn stakes for sophomore fillies include the Dogwood (G3) going seven furlongs on June 6 at Churchill Downs and the Acorn (G1) on the June 20 Belmont Stakes undercard.

Horses to Watch: 4 names to follow this summer
In this biweekly series, racing analyst Keeler Joh...