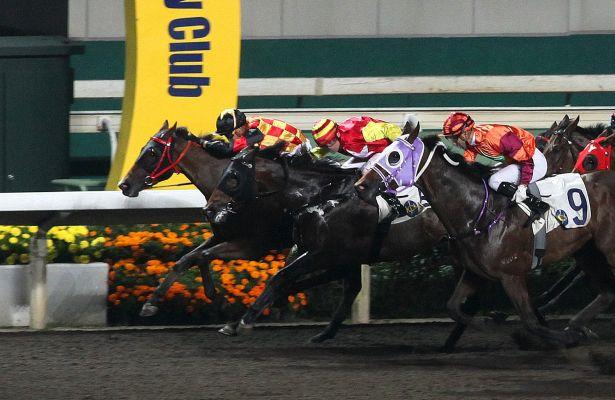 Trainer Paul O’Sullivan has switched his focus from the future to the present after a week of sourcing new blood for his stable. The New Zealander spent last week in his homeland at the Karaka Yearling Sales, identifying a number of horses that he hopes will eventually join his Sha Tin yard.

“We bought a number of horses, but probably about five Hong Kong-type colts,” the handler said. “They will all be gelded shortly, but hopefully they can all run! But we’ve got Happy Valley to focus on first.”

O’Sullivan has four runners at the midweek meeting, headed by debut runner-up Grade One.

The son of Manhattan Rain was sent off at 65/1 and was just nosed out by Bond Elegance at his first start on the Sha Tin all-weather track on 18 January, but the trainer believes the gelding is well-suited to the turf and will be a force to be reckoned with in the first section of the Class 4 Sports Road Handicap (1200m) on Wednesday night, set to jump at 8:15pm.

“He did surprise us a little bit,” O’Sullivan said. “He’d started off very slowly in his trials and just steadily improved. His last trial was very good, but it was still a pleasant surprise. He’s come through it very well, he should improve with the race and he is experienced around the Valley so I expect him to be competitive.”

That previous Happy Valley test came in a 1000m barrier trial at the track in mid-December, when the three-year-old ran out a two and a quarter length victor.

“He trialled very well that day,” he said. “But of course, there’s a big difference between daytime trials and night racing. Still, he’s got good tactical speed and he should be able to put himself right in the race.

“He’ll have no problems in Class 4, I know that, but where they go from there, it’s hard to say.”

Zac Purton will ride Grade One (129lb), with the jockey and trainer also combining with Lamarosa (129lb) in the night’s final event, the Class 3 Wong Nai Chung Handicap (1200m).

“He’s got to overcome a pretty wide draw, it’s going to make his job pretty difficult,” O’Sullivan said. “But I think he’ll be much better suited going back to the Valley, even though his last run was good enough at Sha Tin. It just depends on what sort of run he gets from the gate, but waiting until the last race and drawn 11, it’s not ideal!”

The Wong Nai Chung Handicap closes the card and is scheduled for 10:50pm, with the first, the Class 5 Bowrington Handicap (1650m), to get underway at 7:15pm.