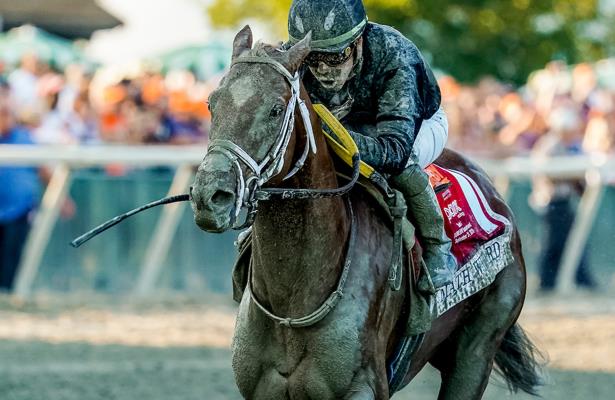 Trainer Saffie Joseph Jr. reported that multiple graded stakes placed New York-bred Ny Traffic is enjoying a freshening after a campaign that included runner-up efforts in the Louisiana Derby (G2), Matt Winn (G3) at Churchill Downs and the Haskell (G1) at Monmouth Park, where he was just a nose away from toppling eventual Kentucky Derby and Breeders’ Cup Classic champ Authentic.

“He’s had a good break after a long year,” said Joseph, Jr. “We’re going to start him back up at the track at the end of the month.”

Following his trio of seconds, Ny Traffic ran eighth in the Kentucky Derby and ninth in the Grade 1 Preakness to complete an eventful sophomore season.

“He showed up really good at all the preps and obviously in the big one [the Derby], he was a little disappointing,” said Joseph, Jr. “We decided to give him one more go in the Preakness and he broke sideways and he’s a horse that needs to be forwardly placed. After that, we decided to give him a break, he’d had a good year.”

Math Wizard returned to the work tab at Gulfstream Park this month for the first time since the Woodward.

A neck winner of the 2019 Grade 1 Pennsylvania Derby, Math Wizard’s best performance this year came with a second in the Grade 3 Monmouth Cup.

Joseph, Jr. said Math Wizard, claimed for $25,000 out of a winning effort in January 2019 at Gulfstream Park, will likely make his return at the Claiming Crown on December 5 at the Hallandale Beach oval.

“He’s doing well. We’ll probably point to the Claiming Crown with him,” said Joseph, Jr. “We gave him a good break after the Woodward and now we’re starting him back up.”

Tonalist’s Shape, a 3-year-old Tonalist chestnut owned by Slam Dunk Racing, Doug Branham and Legacy Ranch, won the first five races of her career, including scores in the Grade 3 Forward Gal and Grade 2 Davona Dale at Gulfstream earlier this year.

She finished fifth last out in the Grade 2 Raven Run on October 17 at Keeneland where she was off a step slow.

“Tonalist’s Shape had a big year early on and tailed off towards the end,” said Joseph, Jr. “So, going into her last race we decided win, lose or draw we were going to give her a break. Hopefully, she will have a big year next year.”