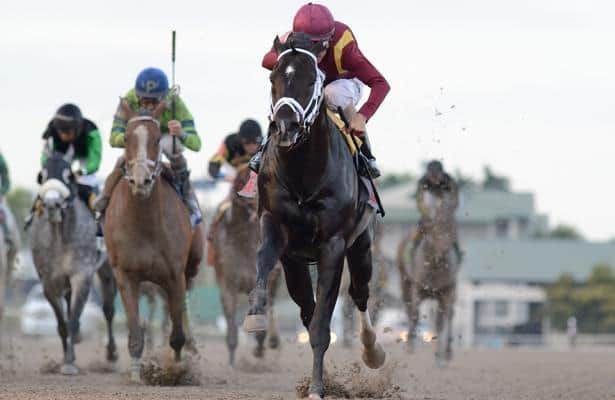 A total of 181 nominations were made to seven stakes, four graded, worth $1.125 million in purses on the undercard of the Pegasus World Cup Invitational Championship Series set for Saturday, Jan. 26 at Gulfstream Park.

The McKnight’s sister race, the $200,000 La Prevoyante (G3) for females 4 and up at 1 ½ miles on the grass, attracted 20 nominees led by Holy Helena, who has two wins and a second in three tries on Gulfstream’s turf, including the 2018 The Very One (G3) last winter. Graded-stakes winners A.A. Azula’s Arch, English Affair, Santa Monica and Tricky Escape; multiple stakes winner Nikki My Darling; and Peru, winner of the Claiming Crown Tiara Dec. 1 at Gulfstream.

Robert LaPenta and Head of Plains Partners’ Coal Front, fresh off his third career graded-stakes victory in the Dec. 22 Mr. Prospector (G3) at Gulfstream and first win in in 15 months following an extended break, tops 28 nominees to the $150,000 Fred W. Hooper (G3) for 4-year-olds and up at one mile on the main track. Coal Front is trained by 15-time defending Championship Meet leader Todd Pletcher, winner of the 2016 and 2018 Hooper with Tommy Macho.

Also nominated to the Hooper are Aztec Sense, who ran his win streak to eight races in the Claiming Crown Jewel Dec. 1 at Gulfstream; Grade 3-winning millionaire Breaking Lucky, eighth in the inaugural Pegasus in 2017; 2018 Gulfstream Hardacre Mile (G2) winner Conquest Big E; Grade 2 winner Imperative, who captured the Poseidon Stakes on the 2017 Pegasus undercard; and Grade 1-placed Sweetontheladies and Quip, the latter unraced since finishing eighth in the 2018 Preakness Stakes (G1).

Also on the Pegasus undercard are a trio of turf sprints – the $150,000 Gulfstream Park Turf Sprint (five furlongs) led by track and world-record holder Pay Any Price; $150,000 Ladies Turf Sprint (five furlongs) featuring defending champion Girls Know Best; and $125,000 South Beach, most popular among horsemen with 43 nominations, for fillies and mares 4 and up at 7 ½ furlongs on grass.