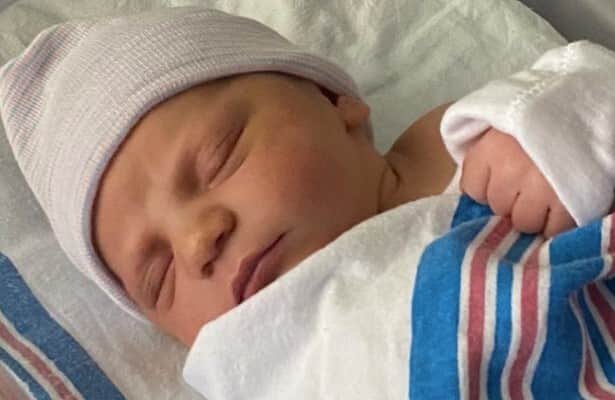 A family with a rich racing lineage welcomed a new generation with the birth of a baby boy Friday.

The news was first made public in a Tweet from Marty McGee of Daily Racing Form.

Mega congrats from their hundreds of friends to @Gabby_Gaudet_ and @NormCasse on the Friday evening birth of Crew Edmond Casse (7 lbs, 14 oz) in Louisville. The family leaves the hospital today. What a blessing. pic.twitter.com/RhAxIj7tiN

The seven-pound, 14-ounce baby is the first for the couple who were married three years ago.

In his fourth year since going solo, Norm Casse is a multiple graded-stakes winning trainer, the son of U.S. and Canada Hall of Famer Mark Casse and the grandson of the late Norman Casse, who ran Cardinal Hill Farm and was a founder of the Ocala Breeders' Sale in Florida.

Gaudet is the daughter of Linda and the late Eddie Gaudet and the sister of Lacey Gaudet, all trainers mainly in the mid-Atlantic region. In addition to her current work at TVG, she has worked as an analyst at Keeneland, the New York Racing Association and the Maryland Jockey Club. In 2020 she became the first woman to work the announcer's stand at a Keeneland sale.

With the new family due to leave the hospital Sunday, Norm Casse was asked if his son would be working as soon as Monday as a hot walker.