No Breeders’ Cup for Game Winner; will he race at 4? 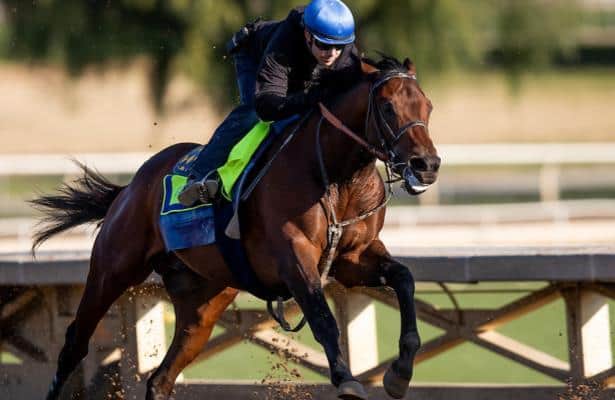 Game Winner, the reigning champion 2-year-old colt who won the Los Alamitos Derby (G3) in his most-recent start, is done for the year — and perhaps his career — as he continues to recuperate from a virus contracted in early August.

Trainer Bob Baffert informed Ben Glass, racing manager for owners Gary and Mary West, he thought it best not to pursue a try at the Breeders’ Cup Classic with Game Winner.

Baffert would like to run Game Winner next year at age 4, “but we don’t know what we’re going to do with him for sure,” Glass said. “(Baffert) wanted to give him a break after that virus. He told us good horses like that, he’s run them back and thought they were well and they weren’t.

“He wants to make sure everything’s right with this horse and give him some time.”

After going 4-for-4 as a juvenile, Game Winner made the Los Alamitos Derby his first victory of the season after finishes of second in the Rebel Stakes (G2) and Santa Anita Derby (G1), plus a placing to fifth in the Kentucky Derby.

From there, connections pointed to the Travers Stakes (G1), but Game Winner showed signs of sickness exiting an Aug. 13 workout. He hasn’t breezed since and remains walking tack at Santa Anita Park.

As far as retirement, “Mr. West is still debating on which way to go,” Glass said. “There were several farms here that wanted him. I don’t know which way Mr. West would go for sure. If he did retire, he would come here (to Kentucky) somewhere.”

Maximum Security, another of their runners, remains on target for Saturday’s Grade 1, $1 million Pennsylvania Derby after clockers caught him in three furlongs in 41.77 seconds Monday morning at Parx Racing.

The Jason Servis trainee likely worked longer, as his horses tend to breeze through even splits as part of a longer drill.

Maximum Security is the likely Pennsylvania Derby favorite having won the Florida Derby (G1), hit the wire first in the Kentucky Derby and returned in the summer to take the Haskell Invitational (G1).

Horses to Watch: These 5 are poised to shine in 2022
In this biweekly series, racing analyst Keeler Joh...
x close