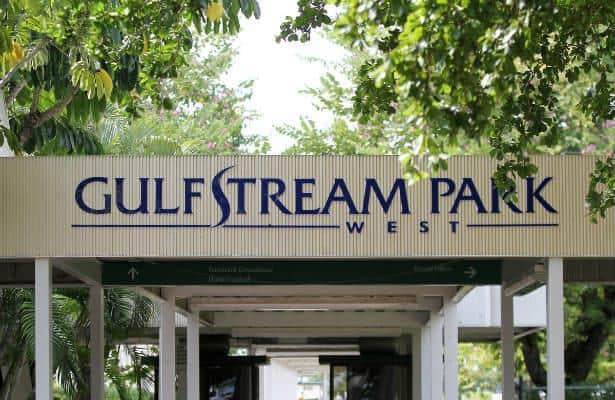 The final closing day of racing at Gulfstream Park West on Saturday comes with a splash more fanfare and melancholy than in years past when the track was known as Calder.

In addition to celebrating the meet’s leading riders, trainers and horsemen as well as grabbing that elusive “getaway” money before moving on to another track, this will be the final day horses will load into the starting gate at what used to be a primary stomping ground for Florida racing.

“It’s sad to see,” said Jose Santos Jr., a second-generation fixture at the south Florida track. “It has such a rich history and so many memories not just for me but for so many others who worked or raced there.”

All that history, all that fanfare comes to an end Saturday, when Gulfstream Park West presents what is widely expected to be its final day of racing, a little more than five months shy of its 50th anniversary.

The son of a Hall of Fame jockey, Santos works an agent representing three riders. He grew up watching the races with his father at Calder in the earliest years of his life.

“They had this spot on the turf there where the gap widens a bit, and my father just rode that course so well,” Santos recalled.

The elder Santos came from Chile and began his North American riding career at Calder in 1984 and is still one of the leading jockeys in the track’s history. He was inducted into the Calder Hall of Fame in 2013.

Like father like son. Santos began his career as an agent at Calder, stepping out on his own in the summer of 2012 while still attending high school. Now he handles the books for Declan Carroll, Albin Jimenez and David Cabrera.

Santos recognized the influence Calder has had on some of the nation’s top riders, several of whom got their careers started at the track.

“Calder’s been such a big influence on riders coming from South America or Panama,” Santos said this week. “Guys like Rene Douglas and Luis Saez all got their starts at Calder.”

For the record, the track then known as Calder opened for the first time May 6, 1971, with 16,263 fans and an on-track handle of more than $712,000. Mike Schwebel recalled the chaotic scene in the parking lot when covering the opening day festivities for the old Fort Lauderdale News.

“Those who made it into the glass-enclosed, air-conditioned clubhouse had a spectacular view of an equally spectacular traffic jam,” Schwebel said.

That year Calder raced 128 days. Recently the track has seen its dates dramatically reduced. The final racing program this season marks the end of a 40-day campaign, due in large part to the dominance and focus on nearby Gulfstream Park by its owners The Stronach Group, which also leased GPW’s racing license to Churchill Downs Inc.

The decline of old Calder as a viable racing stop began after a court ruling in September allowed Churchill Downs Incorporated to tie the adjacent casino to a jai-alai permit that it acquired in 2018 rather than to less cost-effective horse racing.

Calder Casino was opened after state legislators in 2004 gave pari-mutuel license holders the option to install slot machines. It its ruling the court said this fall that the type of pari-mutuel wagering activity, which originally qualified it for a slot-machine license when the constitutional amendment was approved, was no longer required.

It is believed that with the closing of Calder, horsemen stand to lose nearly $8 million, or approximately 10 percent in revenue from slots.

“I understood the future then, and I understand it now,” Santos said. “(TSG and CDI) put a lot of money into Gulfstream Park, and it’s amazing. But for many of us who were a part of that history, it’s still terribly sad.”

Some horsemen see the closing of Calder as another sign of the rapidly changing times of racing in Florida.

Trainer Steve Klesaris, who saddled Calder stakes winners Splendid Sprinter in 1996 and Booklet in 2001, spoke candidly about the closing of the track and the direction of racing in the Sunshine State.

“No one likes to see a track shut down,” Klesaris said while traveling to prepare for closing day. “But the reality is that the Stronach people have done a lot for racing in the state. And the people they have in charge spent a lot to make Gulfstream Park a year-round facility.”

Klesaris, a winner of more than 1,600 races with purses reaching in excess of $53 million in a career that extends over 40 years, talked about the difficulties horsemen face in the region.

“It’s hard enough for trainers who ship between Gulfstream and Palm Beach,” Klesaris said. “This won’t make it any easier for them.”

As for the final days of the season, there are still formalities that need to be addressed, including handing out championships for individual awards.

With 16 each, Rohan Crichton and Saffie Joseph Jr. share a one-win lead over and Antonio Sano and Kathleen O’Connell for the trainers championship.

In the chase for the riding title, Edgard Zayas has 41 wins, two more than Miguel Angel Vasquez and three more than Emisael Jaramillo.

One of them will join Jose Santos Sr. in completing the history of a track that opened nearly a half-century ago, when one of its partners decided that his old track, Tropical Park, had outlived its best days. Now with the grandstand and most of the stables removed, the same may be said of the place once and forever known as Calder.

Steve Bortstein is a freelance writer and was host of “The Fast Track,” which was heard on iHeart Radio for more than 20 years. Bortstein has been a racing correspondent for publications in Arizona, California, Colorado and New Mexico. Follow him on Twitter @RadioDurangoSB.