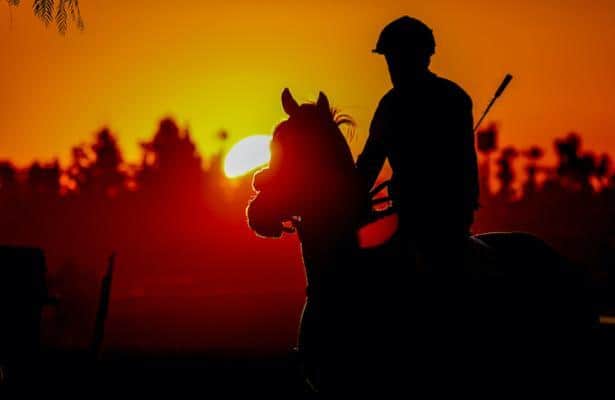 The National Horsemen’s Benevolent and Protective Association, along with 11 HBPA state organizations, has filed a federal lawsuit to challenge the legality of the federal Horseracing Integrity and Safety Act, which passed through Congress and was signed into law in 2020.

The suit, filed in the Northern District Court of Texas, alleges the law creates a private organization and gives it federal authority, which it claims is unconstitutional.

“We must do our due diligence to make sure that such a complete restructuring of our industry is not only in its best interests but also is constitutional,” HBPA general counsel Peter Ecabert said in a statement. “Throughout the shameful process of this march to pass this legislation, there was a high degree of HISA's supporters simply telling owners and trainers to 'trust us' without addressing our legitimate concerns.”

Supporters of the law when it was unveiled in September included the Breeders’ Cup, The Jockey Club, the New York Thoroughbred Horsemen's Association, Keeneland and Churchill Downs Inc., among other industry groups.

“We are not at all surprised by the lawsuit filed against HISA today by a number of affiliates of the National HPBA,” The Jockey Club said in a statement on Monday. “We are confident that the law is constitutionally sound and legal, as it is patterned precisely after other longstanding law.

“It’s a shame that the National HPBA has chosen this expensive and time consuming path, but it is consistent with their well known pattern of conduct that has served to block or water down needed reforms that the vast majority of the equine industry and animal welfare organizations support.”

The Jockey Club statement also claims that state HBPA affiliates are among the biggest beneficiaries of the 1978 Interstate Horseracing Act.

The suit asks that the law be declared unconstitutional and “permanently enjoin defendants from implementing and enforcing that law.”

The Liberty Justice Center, a “nonprofit, nonpartisan public-interest litigation center” has taken up the case for the HBPA.

Defendants named in the suit include the Federal Trade Commissioners and the HISA Authority, a nonprofit Delaware company, as well as the members of the HISA nominating committee. It asks the court to not allow the committee to name board members for the authority.

HISA creates a nine-member board, appointed by seven private citizens who make up the nominating committee.

The law was passed as part of a spending bill after being shepherded through Congress by then-Senate Majority Leader Mitch McConnell and U.S. Rep. Andy Barr.

“We are in the final stretch of achieving the most transformational and consequential reform of the Thoroughbred horseracing industry since enactment of the Interstate Horseracing Act of 1978,” Barr said in a release when the bill passed. “For almost a decade, I have worked with industry stakeholders and my Congressional colleagues to build consensus around reforms that will protect equine athletes and strengthen confidence and international competitiveness in the sport.”

HISA is intended to bring more national control to racing and transfers drug enforcement in the sport over to the U.S. Anti-Doping Agency. As part of the new drug enforcement, use of Lasix will be phased out.

The HBPA was against the bill from the beginning, saying that it was not asked to assist in its creation.

“There were no horsemen’s representative groups, period, that were consulted," NHBPA CEO Eric Hamelback said in September. “Now I don’t speak for anyone else, but at the end of the day I think it’s still very evident that, in particular, veterinary leadership groups have not been included.”